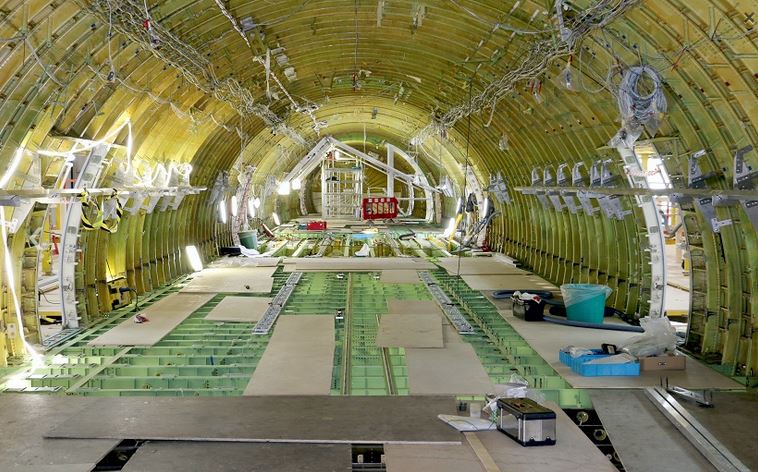 The deal includes the conversion of four B777-300ER aircraft and additional options in the future.

The move is in addition to previous orders for the conversion of B777s placed with Mammoth Freighters and comes in response to “growing global demand for cargo aircraft”.

In late 2021, it was revealed that Cargojet had placed an order for the conversion of two B777-200s into freighters with Mammoth.

Then, in its first quarter results, Cargojet said it had expanded the number of B777-200 conversions it had on order to four and also added the conversion of four B777-300 aircraft as well.

At the time it did not state which company would be carrying out the conversion work of the B777-300s and it is still not clear which company will carry out the additional two B777-200 conversion, although the Canadian freighter operator did have options for two extra conversions of the type with Mammoth.

When Cargojet first announced its plans to add B777 freighters to its fleet, it said the first two of these freighters will be deployed for long-haul Asian routes and emerging South Asian markets “strategically integrated with Cargojet’s domestic network and in addition, they will serve and connect seamlessly with select European and South-Central and North American cities”.

IAI has recently signed a number of new agreements for cargo conversions, including converting B777-300ER aircraft for Emirates and establishing new conversion lines worldwide, including in Abu Dhabi, Ethiopia, and other locations around the world.

Boaz Levy, IAI president and chief executive, said: “We have been experiencing a rise in demand for converted cargo aircraft. The rise in e-commerce, coupled with the Covid-19 pandemic, has resulted in cargo aircraft becoming a central player in the world of aviation.

“IAI has decades-long experience in aircraft cargo conversions, and combines advanced technologies with its expert production capabilities in aviation to provide the best solution on the market. Cargojet’s selection of IAI to carry out the B777-300ER aircraft conversions is a testament to the trust and customer satisfaction in IAI’s conversion process and in the final product, and we thank Cargojet for the trust they have placed in us.”

Cargojet operates 31 aircraft and is a long-term IAI customer for aircraft conversions.

Currently, IAI is converting the first B777-300ER aircraft for AerCap Cargo, who are also the co-investor on the programme, in a process which is expected to finish in 2022. This is the first conversion of this model in the world.

EgyptAir has signed a deal with Aeronautical Engineers, Inc. (AEI) for the conversion of an B737-800 aircraft into a freighter…