CargoLogicAir gets the keys to its first 747-8F 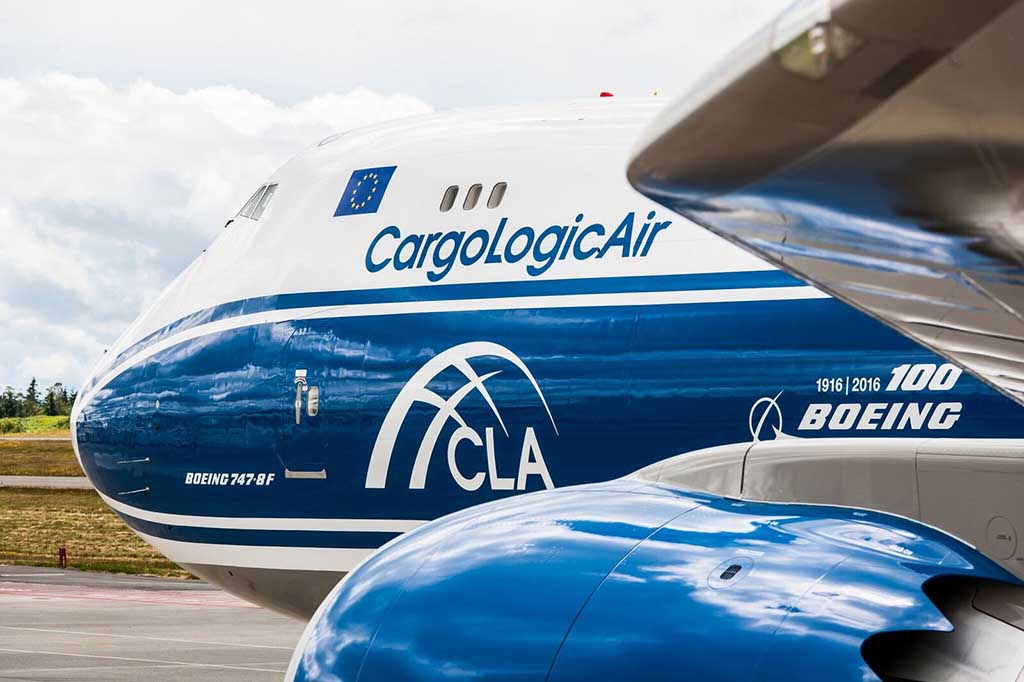 New UK-based carrier CargoLogicAir has taken delivery of its first Boeing 747-8 freighter at the Farnborough International Airshow.
Chief executive Dmitry Grishin, received the ‘keys’ to the aircraft from Boeing’s vice president sales for Middle East, Russia and Central Asia, Marty Bentrott, at a ceremony on board the aircraft at the show’s Cargo Village.
London Stansted based CargoLogicAir started operations in February with a Boeing 747-400, operating twice-weekly ACMI services between the UK, Europe and Africa as well as air charter services. The arrival of its second 747 will extend the network into North and South America later this year.
The airline plans to acquire five 747 freighters within its first five years of operations.
Dmitry Grishin described the 747-8F as “a remarkable aircraft capable of carrying virtually any cargo from temperature-sensitive fresh produce and pharmaceuticals to long aerospace and oil and gas cargoes through its nose door. It is a highly efficient aircraft and offers us a 16% increase in payload over our 747-400, increasing our capacity on a single flight to 137 tonnes.”