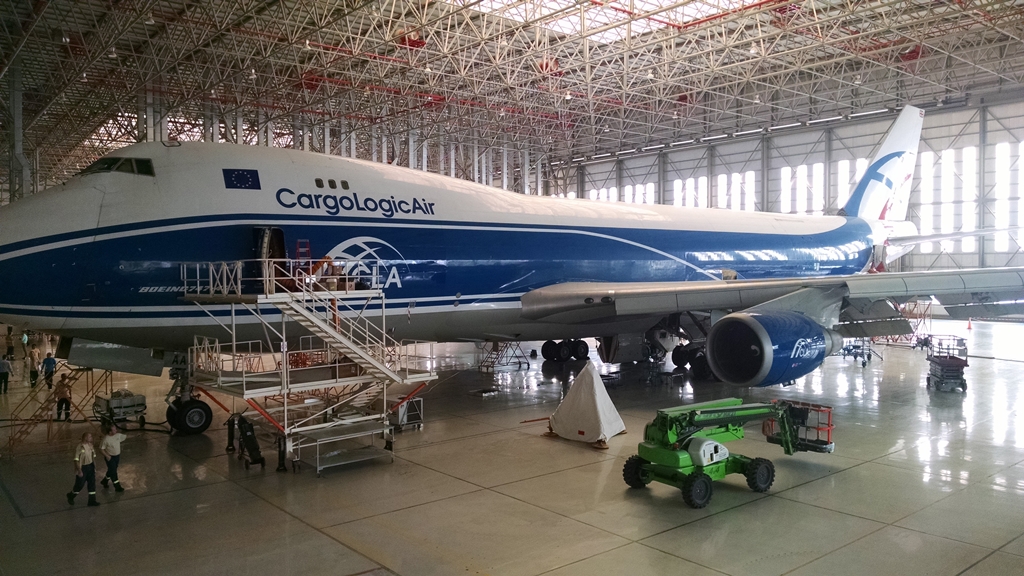 CargoLogicAir has awarded Volga-Dnepr Gulf the contract to perform C-check maintenance on its Boeing 747-400 freighter.
The scope of works agreed with Volga-Dnepr Gulf includes airworthiness directive/service bulletin (AD/SB) accomplishment, modifications and Out-of-Phase (OOP) tasks.
London Stansted based CargoLogicAir, which is a partner of Volga-Dnepr, started operations in February with its B747-400, operating twice-weekly ACMI services between the UK, Europe and Africa as well as air charter services.
It took delivery of its second aircraft – a B747-8 freighter – at the Farnborough International Airshow in July and it will expand its network to South America later this year.
The airline intends to build a fleet of five B747-8F aircraft within five years as it aims to become a leading all-cargo airline in the European market.
Victor Sherin, managing director of Volga-Dnepr Gulf, said: “We are proud to welcome another new airline customer and hope this first contract will lead to further maintenance projects and cooperation with CargoLogicAir as its freighter fleet grows.”
Established in 1996, Volga-Dnepr Gulf provides a wide range of aircraft maintenance, repair & overhaul services from its 22,000 sq m hangar facility at Sharjah International Airport.
The facility, which opened in 2013, allows the company to accommodate up to six narrow-body aircraft or two B747-size wide-body aircraft for maintenance at one time.