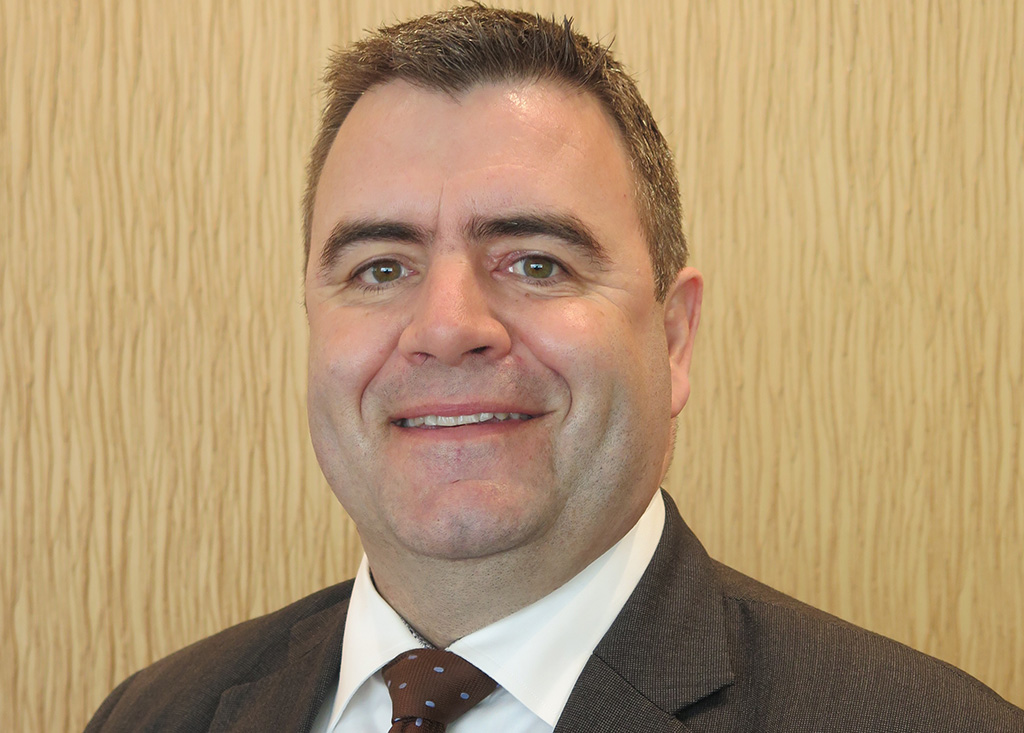 CargoLogicAir (CLA) chief executive David Kerr has a Brexit plan. The UK-registered B747 freighter operator increased its flight schedule from mid-March as the Stansted-based carrier prepares for a possible no-deal Brexit when the UK leaves the European Union on March 29 [at the time of writing].

The carrier’s twice-weekly flight schedule out of London-Stansted airport will see the UK’s Doncaster and Prestwick hubs added to the network, escalating the CLA departure board to 12 ex-UK flights per week.

There will be two stops in Prestwick, four in Doncaster and six in Stansted. For example, one new CLA routing is a flight beginning in Houston, flying into Prestwick and then onwards to Frankfurt, and from Germany to the Middle East and/or Asia.

Says Kerr: “We have been in Brexit contingency-planning mode for some time, but came to a point of executing a new schedule and network that will endure.”
Kerr says that the carrier’s revised network has two key components: “Firstly, we will continue to exploit our fifth freedom* traffic rights as a UK operator, while obviously some of that is subject to final verification after Brexit.

“Secondly, we get a chance to bed-in the network operationally, but also it gives our customers a chance to see that there is a post-Brexit network available with significantly more operations into and out of the UK.”

Kerr, who stepped down as senior vice president at Abu Dhabi-based Etihad Cargo at the end of 2017, joining CLA in January last year, has more than 20 years of experience in the airline sector, holding senior roles for world-leading companies in Europe, Asia and the Middle East.

Kerr confirms that CLA’s new network configuration will come at an additional cost: “We will have to fly further, landing and taking off a bit more often, but we believe there is an upside to come, either in the short term with disruption post-Brexit or as we approach it.

“In the medium to long term I think there will be some changing trade lane flows. The UK is currently an underserved airfreight market because it can rely upon logistics flows to and from the mainland of Europe, and I think that the offering could change in terms of timing, and the speed to market.”

He adds: “We are growing our UK platform but using that to still maintain our transatlantic, European and Asian routes, as well as down to the Middle East, in a slightly different configuration.”
Given the political uncertainty, some would say chaos, in the negotiations between the UK and the European Commission in Brussels, CLA had to consider a range of options in its contingency planning.

Says Kerr: “There are some worse scenarios which would mean having to fly in and out of the UK to any point in Europe with a third or fourth freedom solution which would not be as advantageous. It would be quite costly and, from a customer perspective, would probably not be particularly attractive.

One upside on the chosen network option is that CLA will offer connections to “further flung markets” which will be an enhancement to a market that is potentially set to become more UK-centric.
He adds: “We are fairly confident that we should be able to operate with fifth freedoms, and so be able to pick-up and drop-off in Germany as well, on an ongoing basis.”

There was some doubt around initial draft regulations in the event of a no-deal Brexit but there seems to be a movement towards a more liberal cargo approach, at least for a period of time.
“The indication we are getting is between five and 12 months allowed for this operation set-up to continue, obviously superseded by a far more comprehensive UK-European aviation agreement.”

Brexit is a major challenge for the UK airfreight industry and could disrupt established, tried and tested supply chains. For example, the UK has seen a large amount of airfreight trucked on road feeder services (RFS) to and from mainland European airports, such as Frankfurt and Amsterdam.

Some observers wonder whether or not some cargo on ‘flight trucks’ will switch back to aircraft going directly into the UK if the road link becomes entangled in long queues at the ports of Dover in the UK and Calais in France.

Says Kerr: “Yes, that is a potential game changer in terms of the trade lanes. The UK is still the fifth largest economy and the sixth largest airfreight market but is not served to that degree.”
CLA and its airline partners within Russia’s Volga-Dnepr Group truck an estimated 5,200 tonnes per year between the UK and mainland Europe.

Observes Kerr: “That is a business that could be constrained in terms of time and may want to fly more directly by air rather than by truck, so that is a potential change in trade flow.
“For example, if you are coming from Asia you may choose not to consolidate your UK traffic in Frankfurt, you may want it over carried to the UK, by air possibly, or you may want it flown in directly instead of coming through Frankfurt or Amsterdam.

“Those two potential changes that we would see may happen or unfold to a greater or lesser degree, and that is why we are coming up with our [new] schedule.
“It is a signal to our customers that we are not going to wait and see but will put it in place now. You can try it out or you can make strong commitments as you see fit, in the near term.”
The strategy is to avoid “knife edge” changes for CLA and its customers, “getting ahead of the hard change that may be required”.

Does CLA have sufficient freighter capacity for its plans? The answer is swift and emphatic.

“Yes, we are still well within our capabilities as a four-aircraft fleet, and we have a strong partnership with AirBridgeCargo and our other partner carriers which allows us to feed and de-feed and to put solutions together on the network, on a global basis.

“We can tweak the 22 aircraft now that are in that global network to be able to accommodate this.”

Asked about the extra costs incurred due to the new flying schedule, Kerr says that CLA expects those costs to be recovered in terms of additional revenue value: “We are planning on a neutral outcome for this, the costs that we incur will be offset by revenues, plus some upside to that if there was some particular disruption.

“Obviously, in that case, airfreight solutions can come to the fore and perhaps be more sought after than otherwise.”

Even with an upside, the new schedule adds expense: “For every rotation that we are running today, essentially we have a couple of additional hours flying, which does come with a cost.”
CLA has engaged with customers as part of the contingency planning, and discovered a range of responses and preparations to the prospect of a post-Brexit world.

“We have been out talking to the diverse customer base, both geographically and in terms of service, and heard some really varied responses which has been quite interesting.
“There are some customers that are particularly advanced in their planning and others taking more of a wait-and-see approach.

“There are customers willing to commit to contract for specific requests and others who are keen to keep a dialogue going and to see how things evolve. It depends on the industry, right across from fashion to automotive.

“Clearly, there are some customers who have come out more publicly and said that airfreight will be a solution that is available to their logistics providers, the likes of BMW and Aston Martin.”
CLA has always been proud of its UK registration and UK Air Operator Certificate (AOC), and that is not about to change.

“The UK register and the UK AOC is intact. The UK market is going to be a strong one and it may even grow in terms of its airfreight requirements. We are still very optimistic about our role for the UK, and in the UK, but we are part of a global platform with our partner operators.

“And so wider concerns about the global economy would equally be something that we would monitor over and above these particular issues.”

Asked about his views on the global air cargo market in 2019, Kerr says: “Certainly, some of the growth numbers have dampened down to more modest levels, but are certainly not shrinking. The stability is there and certain markets are still growing strongly.

“We have seen that the UK, European and US routes have been particularly strong for us, and the outlook remains strong, notwithstanding Brexit. There is less growth from Asia but a diversifying Asia.

“We are seeing newer routes and different routes opening up. I think that fragmentation on some of the key trade lanes is certainly unfolding and we have got to be dynamic and reactive to our customer needs on that, as perhaps thinner trade lanes will start to come to the fore.”

He adds: “The key is to be very tapped in to those changes and to be flexible and dynamic, which is part of our capability.”

Interviewed as he prepared for IATA’s World Cargo Symposium in Singapore, Kerr was asked about the message he will be taking to a country and city state that is seen by some politicians in the UK as the free trade blueprint for a post-Brexit Britain.

“We are very much open for business and the UK by necessity will become a more outward looking economy and a more diverse economy as a result of this change.
“We can help support importing and exporting customers, whether or not they are based in the UK or globally serving the UK market, so that is one of the key roles we can provide.

“Our main aim is to demonstrate that we at CLA are well placed to serve the new opportunities that will inevitably occur when things become more stable.” 

*Fifth Freedom: The right or privilege granted by one state to another state to put down and to take on, in the territory of the first state, traffic coming from or destined to a third state.
CargoLogicAir is poised, and has been for some time, to meet the changes that will be brought about by Brexit, whatever they may be, as Roger Hailey finds out from chief executive David Kerr