CargoLogicAir expected to have funds to pay creditors 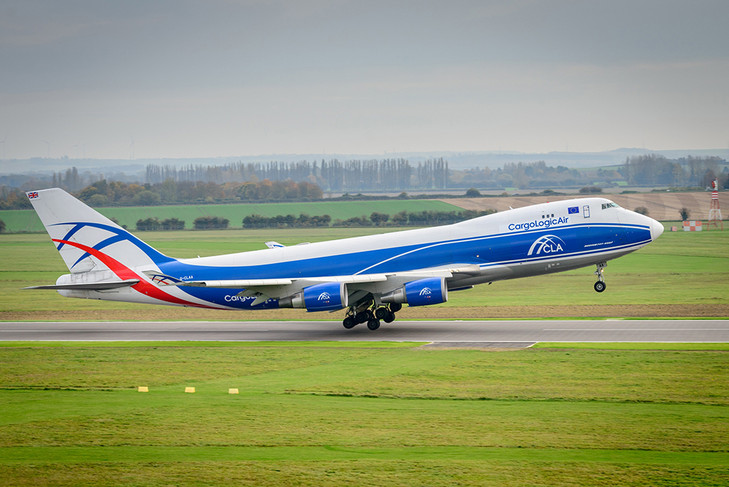 Administrators of UK-based freight operator CargoLogicAir expect to realise sufficient funds to pay all creditors in full, but have outlined the difficulties of its task given the company’s Russian links and the international sanctions regime, writes Air Cargo News’ sister title FlightGlobal.

CargoLogicAir, which operated Boeing 747 freighters, was forced to halt services after sanctions relating to the Ukrainian conflict prevented it from flying to European Union and US destinations.

Its ultimate shareholder until recently, Volga-Dnepr entrepreneur Alexei Isaikin, had also been placed on a list of sanctioned individuals.

CargoLogicAir’s management sought to free itself from Russian ownership, the administrator reveals, by applying to the UK government’s Office of Financial Sanctions Implementation to have its ownership transferred to a UK-based trust structure which would give ownership and control to the company’s employees.

But the government refused this re-organisation proposal. CargoLogicAir was also experiencing significant difficulties in paying staff and suppliers because its bank was carrying out detailed evaluation of payments by the company.

After the bank notified the carrier that it would close its accounts by the end of November last year, CargoLogicAir was unable to find a UK bank willing to take on a Russian-linked company, and administration became the best option.

The administrator, Buchler Phillips, was appointed in November. It said it has newly obtained draft copies of a licence from the Office of Financial Sanctions Implementation, and is awaiting a final version.

It added that it has conducted an ethical review of the case, owing to its complexity and the sanctions regime, and believes the level of ethical risk is “acceptable”.

Law firm DLA Piper has been assisting the administrator with efforts to free CargoLogicAir electronic records blocked by Microsoft.

Both CargoLogicAir and Volga-Dnepr UK were also locked out of premises near London Heathrow, but the administrator has been able to gain access to obtain company books and records.

The administrator estimates £17.1m of total assets can be realised including £10.6m in cash, £3m in tax refunds, and £2.2m in stock relating to 747 spares – mostly held at East Midlands, Amsterdam and Frankfurt Hahn airports.

But realisation of the stock requires access to an airline maintenance software system which is blocked as a result of sanctions. The administrator stated that it will be able to gain access once the final OFSI licence has been obtained.

The administrator said the recovery of some £4.3m in deposits is uncertain, and that retrieving around £3.2m in deposits from two 747 leasing entities is “likely to involve litigation” in different jurisdictions.

Based on estimates of CargoLogicAir’s financial position, the administrator said all known creditors of the company “are expected to be paid in full” and, as such, it does not need creditor approval for its proposals.

Owing to the sanctions situation, it added, any funds that might be paid to Isaikin will be held in a blocked account until he is no longer subject to UK restrictions.