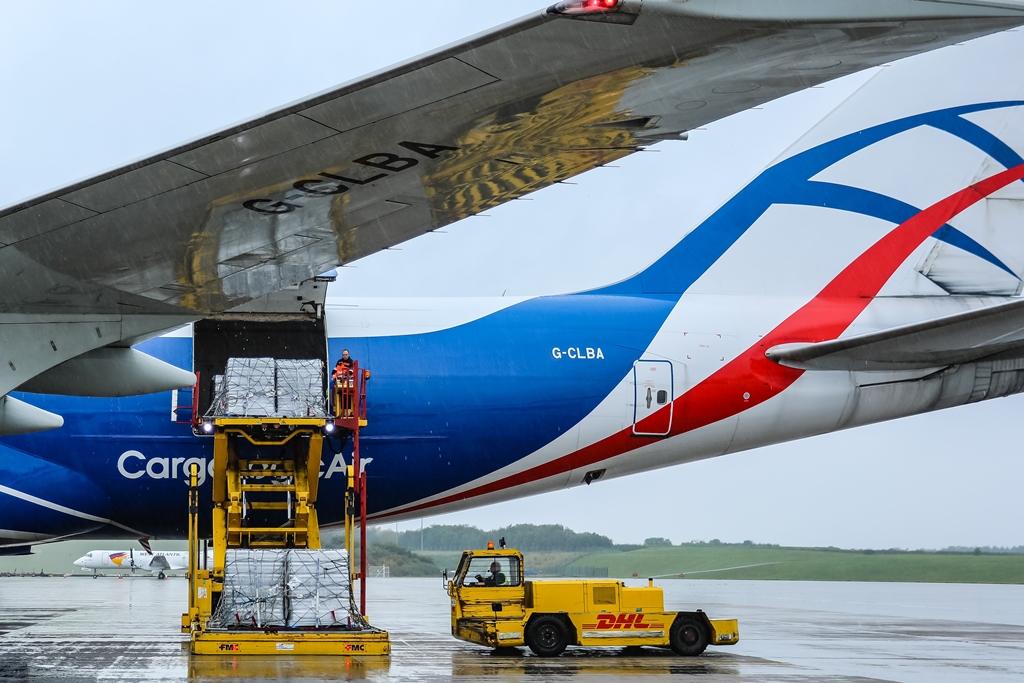 Freighter airline CargoLogicAir has carried out its flight to the Caribbean to help with relief efforts after the region was hit by the devastating hurricane Irma.
Yesterday, the Stansted-hubbed airline operated a Boeing 747-400 flight from East Midlands airport to Barbados carrying 110 tonnes on goods on behalf of the British government to support troops and support staff overseeing the response to the hurricane.
The flight was carried out on behalf of Air Charter Service (ACS) and carried 70 tonnes of bottled water and 40 tonnes of ready meals for UK troops delivering emergency assistance to those affected by the hurricane.
CargoLogicAir chief executive Dmitry Grishin said: “In the immediate period after a natural disaster, the first priority is to ensure a fast response to help victims and relief workers by providing basic essentials such as fresh water, food and medical equipment, and to help restore the power, water and communications infrastructure.
"Once some stability is restored in the region, the next phase will be to begin the huge rebuilding programme that is needed across the Caribbean, which is likely to require further air logistics support.
"With our network into Mexico, we’ll be able to offer more capacity, not only on a charter basis but also by utilising our regular services into the region.”
This was CargoLogicAir’s third charter flight carrying goods to the Caribbean region in the last seven days. It has already delivered over 200 tonnes of relief goods for the French Government.
The earlier flights on September 13 and 16 from Vatry to Pointe-à-Pitre Le Raizet Airport, Guadeloupe, carried special equipment to restore power supplies on the island as well as bottled water, non-perishable food, sanitary products and other equipment to help rescue workers.
Read more freighter operator news