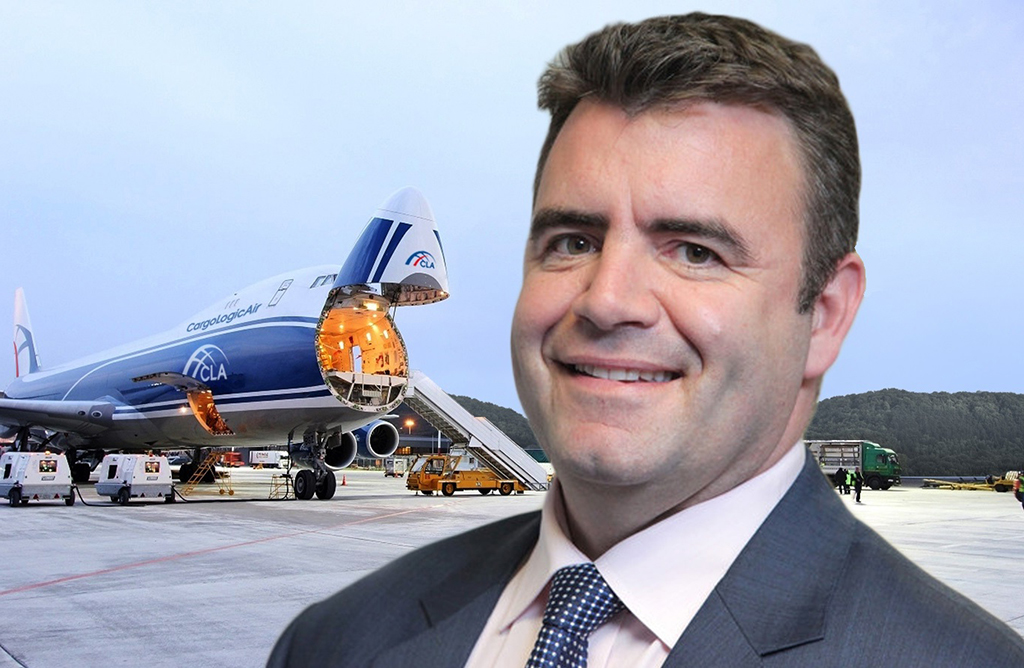 CargoLogicAir (CLA), the UK-registered freighter operator, intends to keep flying the British flag and retaining its UK air operator certificate (AOC).
David Kerr, chief executive of the Stansted-based airline, said: "As the UK’s leading all-cargo airline, CargoLogicAir, remains totally committed to its British AOC and to supporting the UK Government’s forward-looking aviation policy and the continued strong growth of the UK economy and our customers, as we reiterated only last month in our meeting with UK Aviation Minister Baroness Sugg."
Kerr, who joined the company in January 2018 from the top job at Etihad Cargo, was speaking in response to the suggestion that CLA might consider moving away from the UK.
Those suggestions arose after it was confirmed that former Qatar Airways cargo chief Uli Ogiermann was being employed as a consultant with CargoLogicManagement (CLM), working in Leipzig on setting up an AOC for Germany.
CLM provides management and sales services for Volga-Dnepr’s freighter subsidiaries: Volga-Dnepr Airline, AirBridgeCargo (ABC), Atran and AMTES, which together operate a combined fleet of over 40 wide and narrow-body freighters including Boeing 747Fs, Boeing 737Fs, An-124s and Il-76s.
CargoLogicAir, which often partners with ABC, is the only British cargo airline operating flights from the UK, has a fleet of three Boeing 747 freighter aircraft, including two B747-400Fs and one B747-8F.
Added Kerr: "We will continue to be highly engaged in the UK Government consultation process with Aviation interests around the EU exit. We achieved positive growth in 2017 in line with our 5-year development strategy and will be continuing to invest in our fleet and network to support our UK-based business.
"Our strategy has always been based on the need for the UK trade to be served by a high quality, ambitious and capable British cargo airline and CargoLogicAir will be that airline. In support of this, we will shortly be announcing further new routes to and from the UK."
Read more freighter operator news