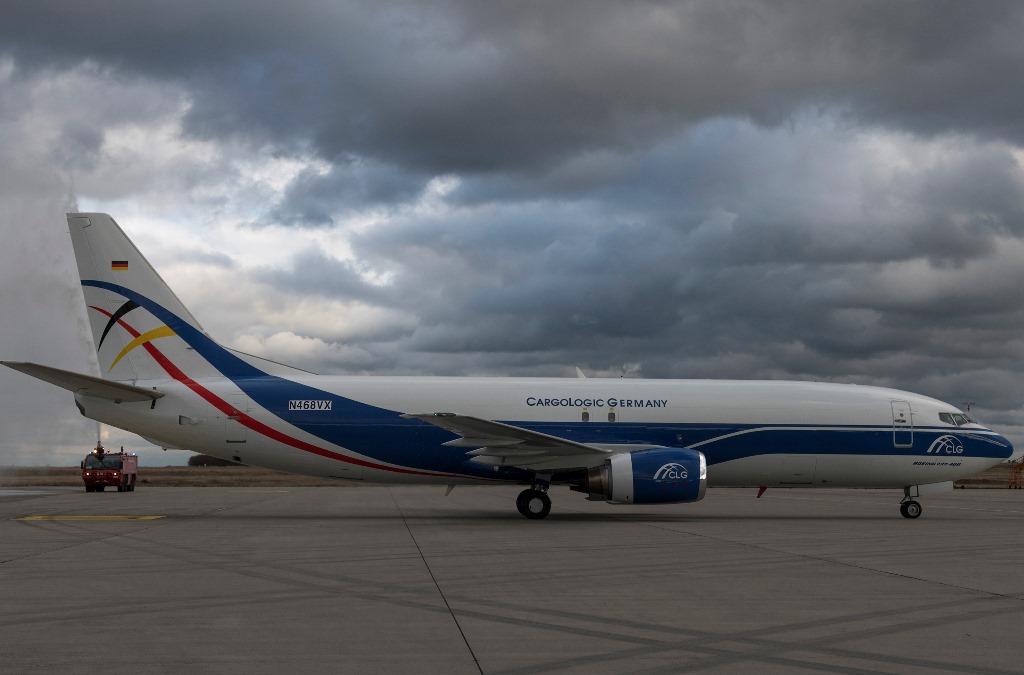 CargoLogicGermany has today taken delivery of its first aircraft – a Boeing 737-400F – and revealed it plans to expand its fleet to 10 aircraft within three years.
The aircraft arrived at the new airline’s Leipzig-Halle hub at 14:00 local time. The arrival of a second aircraft is expected over the coming weeks.
It was welcomed by managing director Ulrich Ogiermann, accountable manager Dierk Näther and airport management.
The airline is hoping to begin operations later this year with a fleet of three B737Fs, but is still in the process of obtaining its operating license (AOC) from the German Federal Aviation Authority (LBA).
In a statement, the airline said it would target the fast growing intra-European express market and therefore believes there will be enough demand to add a further seven aircraft within three years.
“The arrival of the first machine at its future home airport is a significant milestone on our way to commencing operations at Leipzig / Halle this spring," said Ogiermann, adding: "All necessary organizational and operational measures are underway full speed. We are in constructive dialogue with the LBA in this regard. "
The VX Capital aircraft was built in 1997, according to several sources.