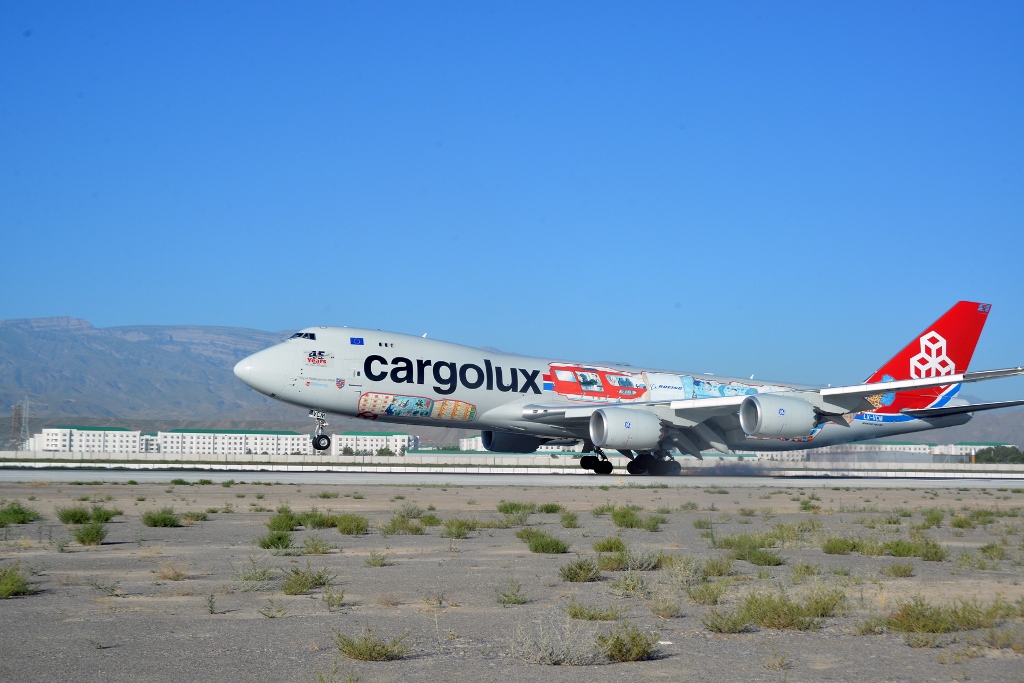 Cargolux Airlines has added a new weekly freighter call in Ashgabat, Turkmenistan on the back of demand growth.
The Luxembourg airline said the new service complements existing flights to Turkmenbashi that were started exactly one year ago.
Since then, Cargolux has expanded its Turkmenistan services to eight per week. In July, Cargolux will further boost its frequencies to 11 per week.
Ashgabat becomes Cargolux’s latest destination in Central Asia which, besides Turkmenbashi, also include Baku, Novosibirsk, Almaty and Tbilisi.
"With its growing demand for air cargo services, the region has shown an impressive growth and holds many possibilities and opportunities for Cargolux’s high quality services offering," the airline said.
"Ashgabat has invested in the development of a new airport that is scheduled to open in September and a modern cargo center that becomes operational on July 4. The city will also host the Asian Games in 2017."
Cargolux cooperates with Turkmenistan Airlines to increase the number of cargo destinations both carriers can offer.
Yesterday, news broke that the airline’s president and chief executive Dirk Reich had announced plans to step down from the role at the end of July. He will be replaced by Richard Forson.