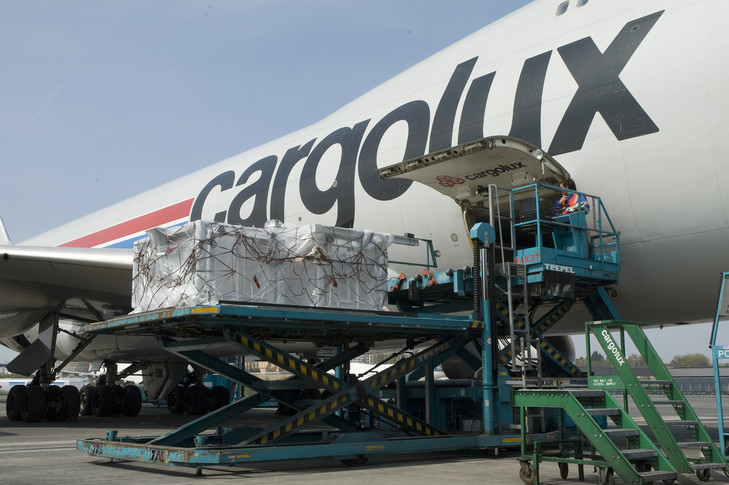 Cargolux and Nippon Cargo Airlines NCA have announced a start date for a new freighter service between Luxembourg and Narita previously announced as part of a new partnership.
Starting on March 27, NCA will have access to capacity on Cargolux’s new weekly Tuesday flight between the two hubs, which will utilise both B747-400F and B747-8F aircraft.
The flight is subject to government approvals. News of plans to launch the new service was first revealed in November when the carriers revealed a new partnership.
The agreement allows both partners to access each other’s capacity through code-share and space swap agreements.
The Luxembourg all-cargo carrier gained access to NCA’s flights from Frankfurt-Hahn to Tokyo (Narita) while NCA was given access to the Luxembourg to Narita service.
Both carriers have been ramping up their cargo partnerships over recent years.
At the start of March, NCA signed a Memorandum of Understanding (MOU) to build a strategic business partnership with All Nippon Airways.
This  new partnership between Japan’s largest cargo carriers adds to a growing network of strategic partnerships already in place with other airlines, including Lufthansa Cargo, United Cargo, SIA Cargo and Cargolux.
Cargolux last year launched a partnership with Emirates SkyCargo.
Read more freight forwarder news