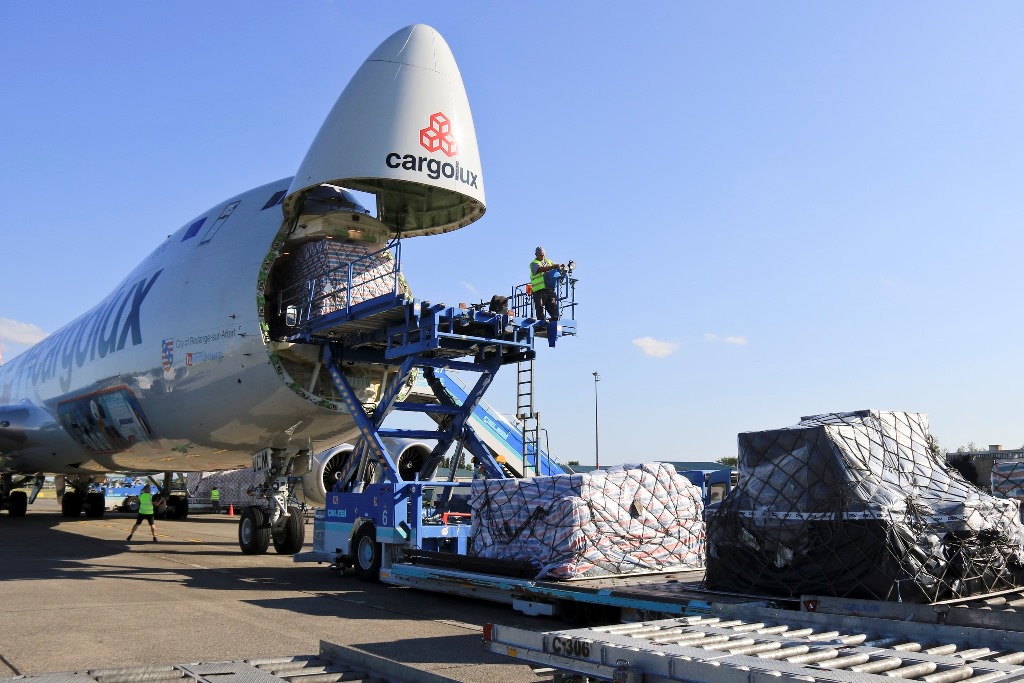 Cargolux is adding two new destinations to its Africa network as it looks to capitalise on demand for mining equipment and high-tech consumer goods.
The Luxembourg-based airline said it would add a new call to Douala in Cameroon on October 3 and Lubumbashi in the Democratic Republic of Congo (DRC) on September 15.
The new operation means that Cargolux will now offer services to 35 African cities. The services are operated using Boeing 747-400Fs.
Cargolux vice presdient of sales Chris Nielen told Air Cargo News that the flights would be extensions to existing services, with the Douala call being tagged onto the carrier’s Luxembourg-Bamako flight, while the Lubumbashi stop is added to its Luxembourg-Johannesburg-Nairobi-Stansted operation.
“When you look at Lubumbashi, it is in the south of DRC and there you have the big mining companies and they produce 3% of the world’s copper and half of the world’s cobalt, so it will mainly be machinery we will be transporting,” he said.
“For Douala we will be flying mainly high-tech and machinery, and we will offer a trucking service to Yaoundé [Cameroon].”
Douala is Cameroon’s largest city and home to central Africa’s largest port.
“It is the country’s economic and commercial capital, handling most of its exports that include oil, cocoa, coffee, fruits, metal and timber,” the airline said in a statement.
“European countries are the major export and import partners for Cameroon, followed by Asia.
“Lubumbashi is the DRC’s second largest city after the capital Kinshasa and acts as a hub for the country’s mining industry.
“The city is an important commercial and industrial center and produces textiles, food and beverages and copper smelting, as well as giving home to one of the country’s largest banks.”
Nielen said that future flights may also carry exports, although this could take a few months to develop.
He added that imports into Africa had been growing by around 4% this year, which lags behind overall worldwide market growth of around 10% but is still a good growth rate when compared with the last few years.
While demand growth continues to improve in the African market, overcapacity through the addition of new passenger aircraft continues to be an issue.
However, Nielen said that the Cargolux flights would not be competing with bellyhold: “Our aircraft are B747s with the ability to nose load so we are targeting the mining and oil and gas industries that are not targeted by the passenger aircraft. So it is a different market and different customers.”
Moving onto the wider market, Nielen said that the airline was looking forward to a busy peak season and that it is expecting to see increased charter demand.
He explained that new product launches, the general peak and e-commerce were fuelling demand on the Asia-Europe and transpacific trade lanes.
“Certain shippers in the consumer segment are launching new products,” he said.
“One of them launched a new product [last] week and the other one is launching a product at the end of next month, which will increase demand even further and it’s a market that is already strong
“It is a trend breaker. People are bringing their inventory back up. Sales are quicker than people can bring up their inventory so that is probably the main reason we see such a strong market at the moment. When the sales are going quicker than inventory, people use airfreight.”
However, Nielen did warn that year-on-year growth figures could weaken over the coming months despite the strong market. This is down to last year starting slowly and ending with a high level of growth, which affects year-on-year comparisons.
Read more freighter operator news