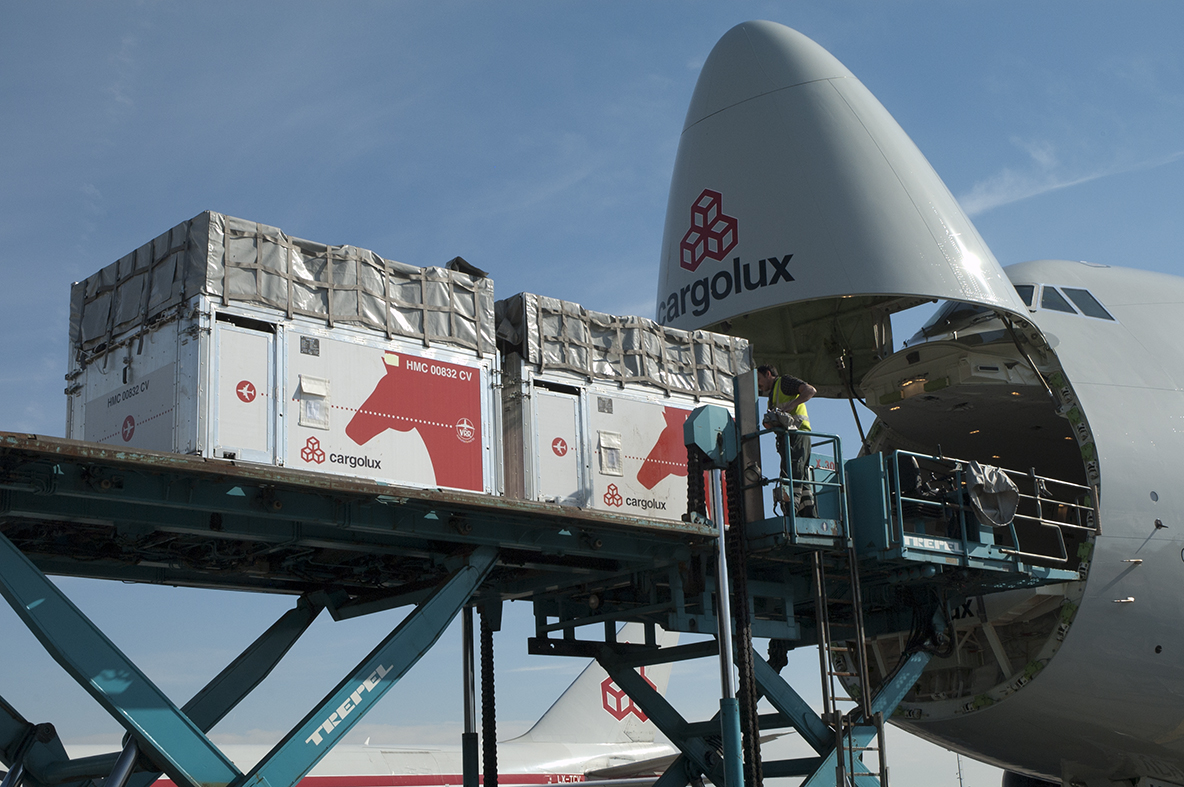 Cargolux Airlines International handled a record number of live animal moves in 2018, resulting in a 15.7% increase in its CV alive solution, the company’s specialised product designed for the transport of live animals.
The number of equines handled by Cargolux between 2017 and 2018 surged by 30%, from 2,000 to 2,600 horses.
Christian Theis, Cargolux’s Global Product Manager for CV alive said: “Cargolux is proud to have recorded such a significant increase in animal transportation. It is an important part of our business, and we have made a number of investments over the years to ensure a top-of-the-range transport solution.
"As a company committed to animal welfare, we intend to keep positively developing this product in full compliance with all international regulations as well as our stringent internal policies.”
Horses represent 50% of the total amount of live animals handled by the company annually.
Said a spokesperson for the Luxembourg-based freighter airline: "Over the years, the company has forged itself an invaluable reputation as an equine expert, regarding each animal as a unique responsibility.
"Cargolux uses state-of-the-art HMC horse stalls that provide increased stability with a double layer pallet base that reduces the motion feeling for the horses, greatly reducing the stress the animals feel compared to traditional single layer pallets.2
Cargolux’s fleet of B747 aircraft are also equipped with multi-zone air-conditioning systems that can be adapted to suit any animal’s environment throughout the flight.
Added the spokesperson: "As a company strongly committed to environmental awareness, animal welfare is a subject close to Cargolux’s heart. The airline has a growing list of items it refuses to carry for ethical reasons and is actively engaged against the illegal trade of wild animals.
"As part of its Live Animal transportation policy, Cargolux operates in full compliance with the IATA Live Animal Regulations (LAR) and the Convention on International Trade in Endangered Species (CITES).
"Cargolux is also a member of IPATA (International Pet and Animal Transportation Association) and IATA LAPB (IATA Live Animal and Perishable Board) as well as a signatory of the United for Wildlife International Taskforce on the Transportation of Illegal Wildlife Products."