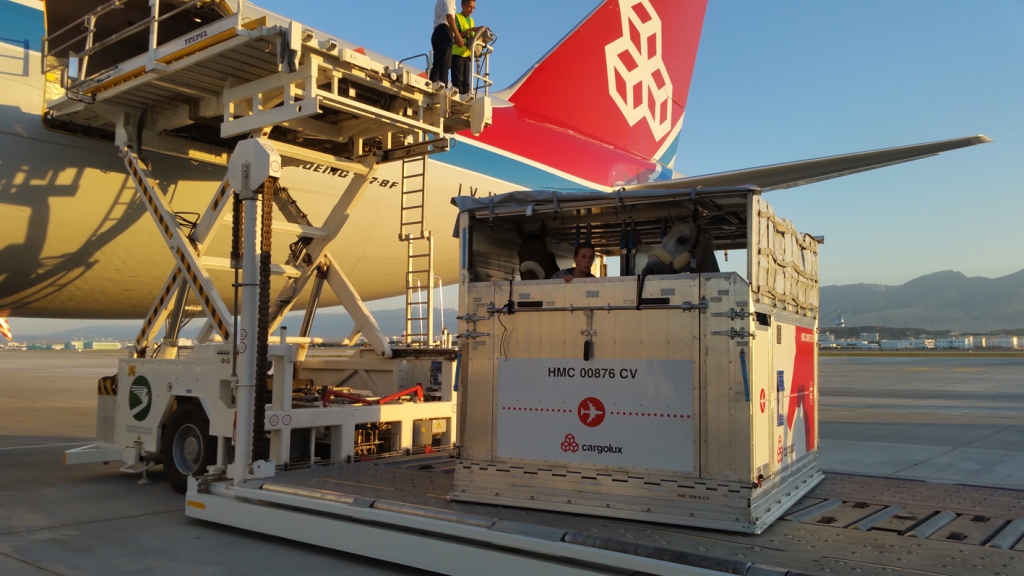 Cargolux has completed the transportation of a shipment of high-value horses between Luxembourg and Ashgabat, Turkmenistan, as part of the 2017 Asian Indoor and Martial Arts Games.
The 17 horses were flown out to Ashgabat in mid-September, with the all-cargo carrier working in co-operation with Peden Bloodstock, a charterer specialised in horse transportation, and handling agent LuxairCARGO.
The horses were flown in HMC horse stalls, which provide higher stability and their double layer pallet base also reduces the motion feeling for the horses, reducing the stress the animals feel compared to single layer pallets.
The horses participated in the Equestrian Jumping competition at  the games, which involved 6,000 athletes and officials from 65 teams.
After the completion of the games on 27 September, Cargolux carried the horses back to Luxembourg, again in cooperation with Peden Bloodstock.