Cargolux: Looking to the long term 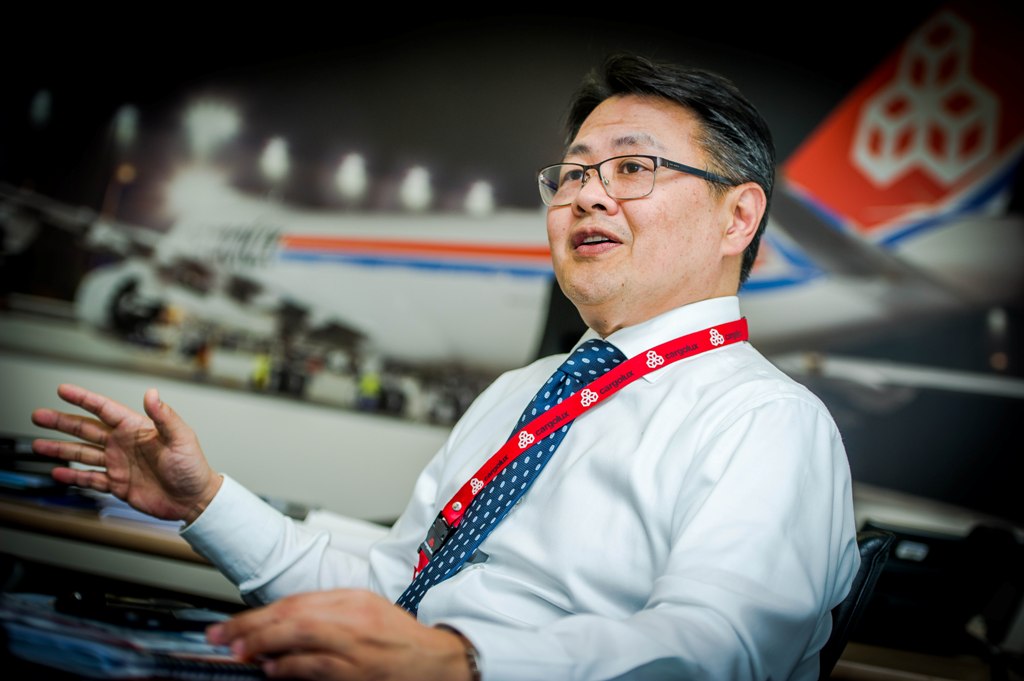 Cargolux is going through an interesting period in its 49-year history: on one hand the all-cargo carrier enjoyed record profits last year, but on the other, 2019 is shaping up to be a tough year for the whole industry.

The airline also has some long-term decisions to make as Boeing continues to wind down production of the Boeing 747 freighter that makes up Cargolux’s entire fleet.

President and chief executive Richard Forson takes a pragmatic view of the current market conditions and admits that some may find his outlook pessimistic.

“In our business plan for the year we had foreseen a reduction in yields,” he says. “In terms of volumes, we expect them to be slightly lower this year and possibly into next year.

“Some people may say I am too pessimistic, but we have had two good years. Unfortunately our industry is very cyclical and volatile, and at this point in time there is so much uncertainty regarding future trade flows,” he continues.

“There are two points of view regarding the rest of the year. Firstly, that it could be a very short peak period of three or four weeks, or secondly, if companies are not shipping in goods now, come the peak season they could be short of inventories and need to utilise airfreight.

“I think that at the moment, people are looking more at the downside than the upside.”

This year, for example, the airline is adding two scheduled destinations – Jakarta in Indonesia and Santiago in Chile.

The Jakarta flight will be the only direct freighter service between Europe and Indonesia, and will cater for commodities such as apparel, footwear, pharmaceuticals, perishables and live animals.

The market isn’t new to Cargolux – it has been doing business in Jakarta for more than 23 years, mostly through partnerships and interline agreements.

“We are also reshuffling in other areas where we are seeing demand not matching up to expectations, or where the economics of the flights are not viable. It is a continuous process,” says Forson.

And despite the tough market conditions, Cargolux is actually expanding its fleet this year.

Two of these have been purchased and one is on a medium- to long-term lease.

“You are going to get the downturns,” says Forson. “It is how you manage them to be ready for when the upturn does come in that is important.

“If volumes continue to be under pressure, these aircraft will go into our fleet in full-time service and then we will ground our ‘power-by-the-hour aircraft’, which are flexible capacity.

“At the same time we also fly scheduled services. From our customers’ perspective, you don’t want to keep stopping and starting services. All of these variables get taken into account when a decision [on network and fleet] is made.”

Forson explains that the ACMI operation is mainly used by airlines to cover their heavy maintenance periods. However, he adds that Cargolux does also have one longer term arrangement.

On charters: “We really focussed on our charter business about two years back and over that period of time we have been continuing to build up the necessary skills.

“It’s not that we didn’t offer charters before that, but we have now made it an area of focus and it really began to deliver in 2017 and 2018.

“Even in the first half of this year, the charter team has been fairly successful in terms of the business that they are booking, which is a bit surprising given the market.”

Looking into the future, Forson is confident that there will continue to be a need for freighters, despite the influx of cargo-friendly B787s and A350s to passenger fleets.

“Maindeck capacity is always going to be required,” he says. “In terms of passenger operations, the trend is for airlines to increasingly do point-to-point flights and avoid the hubs.

“For this, the aircraft should be full and then what tends to get offloaded first is the cargo.

“So that might possibly work in our favour. Forwarders want to consolidate all their pallets and freighters give them a chance to mix and match high-and low-density cargo, whereas the belly carriers just want the high-density cargo.”

Fleet development
One challenge the airline will need to face up to in the coming years is how to develop its fleet.

At the moment, Cargolux exclusively operates B747Fs, which gives it a huge amount of flexibility when it comes to moving aircraft around its network.

However, it is only a matter of time until Boeing stops producing the B747-8F, and Forson admits there is a good chance that the aircraft could exit service between 2030 and 2040.

Although some could continue to operate beyond then, Forson points out that an aircraft of that age would require ramped-up inspection regimes and reduced intervals between checks.

“If you are prepared to do that, you should get back in the premiums for the loads that you carry because there will be no other aircraft,” says Forson.

However, the B747 is not going to be the future mainstay of air cargo, so where will the industry turn?

“I don’t think either of the two major manufacturers [Boeing and Airbus] will be developing four-engine aircraft again, it will all be twin-engine aircraft,” Forson says.

“We are going through the various scenarios now in terms of our long-term fleet planning: What it will look like? To what extent we can keep the B747s flying? Should we add to it? Should we change type sooner rather than later? Or should we wait until the manufacturers come up with a new freighter using the latest technology?”

Of the B777-200F, the current darling of the airfreight industry, Forson says he admires the aircraft but points out that the technology is more than 10 years old, so it is not a new-generation freighter. It seems, then, that we will need to wait a bit longer to find out what will happen with Cargolux’s fleet in the future.