Cargolux responds to pilots union call for a strike ballot 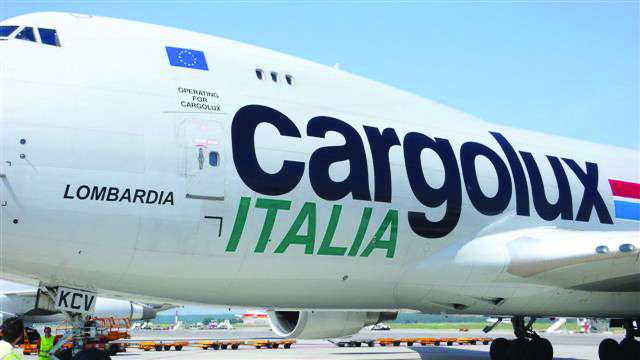 European all-freighter airline Cargolux has given a detailed response to the call for an industrial action ballot by flight crew employees who are members of the LCGB pilots union.
In a statement, Luxembourg-based Cargolux said that negotiations are still ongoing with the LCGB and a second pilots union, OGBL. Airline management is due to meet with union representatives at a meeting scheduled for November 11.
An earlier statement by the LCGB union said: “Given the lack of any meaningful progress in the Cargolux labour negotiations for over a year, the LGCB has no choice but to contemplate industrial action.
“A ballot will be administered shortly. The LGCB, however, is well aware of the consequences of any industrial action for Cargolux and Luxembourg as a logistics hub.”
LGCB said that a major part of the concessions offered to Cargolux management, amounting to  savings of approximately $9m a year, would be “shouldered by the pilot community”.
LGCB, the smaller of the two pilot unions at Cargolux, added that the expansion of the Cargolux Italia offshoot had seen senior management “ramping up Cargolux Italia up with an increasing number of airplanes”.
The union continued: “Management thereby forestalled any meaningful approach to conciliation. In particular, such course of action further entails social dumping to the disadvantage of the Luxembourgish Social Security System.”
In its statement to Air Cargo News, Cargolux said: “It should be noted that, in 2015, Cargolux Italia indeed expanded the scope of its operations, however, Cargolux has expanded even more.
“Cargolux has added two new aircraft in 2015 and has leased in a third. Throughout the year, we added additional flights, as well as new destinations. We have, for instance, added flights from Oman to India, new services to Turkmenistan and expanded our operation at Zhengzhou with transpacific flights to Chicago.
“All these are flown with Cargolux aircraft and Cargolux crews. We are still hiring staff, crews as well as ground staff, here in Luxembourg and have ambitious plans to increase staff and crew levels in 2016 — all of which would be jeopardized by adverse industrial actions.”
The statement continued: “While Cargolux Italia has increased its activities, it should not be forgotten that Cargolux also profits from Cargolux Italia’s expansion, as we are able to open up new markets due to the traffic rights that Cargolux Italia has; commercial traffic rights, for instance to Japan (Osaka and Tokyo) and Russia (Novosibirsk), that Cargolux does not have from Luxembourg.
“With a current market share of 14%, Cargolux Italia’s position as the number one home carrier in the Italian market shows the importance of developing both airlines in parallel.
“Its low cost and highly efficient-production allows Cargolux to continue to fly to financially challenging regions such as Africa with all the positive impact on our global network.”
The airline statement concluded: “Furthermore, its profitable operation delivers additional contributions to support jobs in Luxembourg, for instance in maintenance and cargo handling. Every single job at Cargolux Italia secures three additional jobs at Cargolux in Luxembourg.
Cargolux is also planning to launch a China subsidiary in 2016, with maintenance and other aircraft services remaining at the European base.

Irish freight forwarder Maurice Ward Group, which has a presence across Europe, has expanded its network with a new office…