Cargolux swoops on freighters as it looks to build flexible capacity 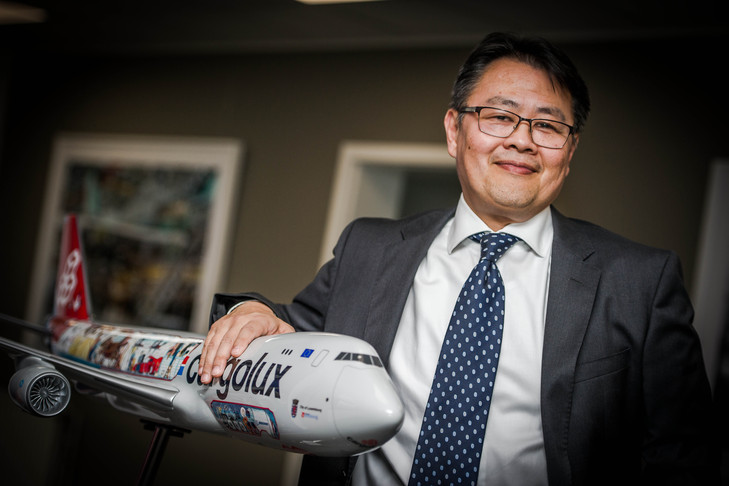 Cargolux is in the process of purchasing second-hand freighter aircraft as it looks to build extra flexibility into its ability to expand capacity.
Speaking to Air Cargo News at the Air Cargo China event held this week in Shanghai, Cargolux chief executive Richard Forson said that the airline had this year taken delivery of a second-hand Boeing 747-400 freighter, while next year it will aim to add two more of the aircraft.
Forson said the single aircraft delivered this year had initially been sent out on lease but would eventually come back into the Cargolux fleet in around a year’s time, although how the aircraft will be deployed in the future depends on market developments.
He explained: “The flexibility I have [when the first aircraft returns from lease and the others are delivered] is that I can either use them to replace aircraft that are going back at the end of their lease, or if the market continues to remain very strong, they can be operated as an addition to our existing fleet, but iIt will be depend on market conditions.
“I have always believed you need a certain amount of flexibility, which we do have through our powered by the hour aircraft and the leases that we have. This gives me flexibility for the next three years, managing capacity in line with the market.”
He added that Cargolux was not the only airline to purchase second hand B747s last year and that a number of other deals had been done on the back of market growth.
Forson also gave an update on its planned joint venture Chinese airline, confirming reports that the launch had been delayed beyond this year as the process of gaining permissions was taking longer than initially expected.
He declined to provide a new time line for the launch of the airline as it was difficult to predict how long gaining permissions would take.
He added that, despite the delay to the new airline, demand out of China continued to grow and he was hopeful that Shanghai would begin allowing charter flights in the peak season this year, which has not been allowed over recent years because of congestion.
Looking ahead to the peak season he said customers remained “bullish”, especially out of Asia, while over the first four months of the year cargo volumes had exceeded targets.
To meet expectations for the peak and avoid the capacity crunch experienced in 2017, customers were already enquiring about chartering aircraft from Cargolux, he said.
There has also been “more than a slight shift” in the number of customers looking to sign up to block space agreements, rather than gamble on the spot market.
“This is down to the experience [forwarders] had at the end of 2016 and 2017 in general [when capacity was hard to secure]. They are looking to lock in capacity,” he said.
“Everyone is now thinking about the long term and how to have less volatility in terms in rates and capacity but it needs both sides to commit.”
Read more freighter operator news