Cargolux to take a flexible approach to airfreight capacity deployment 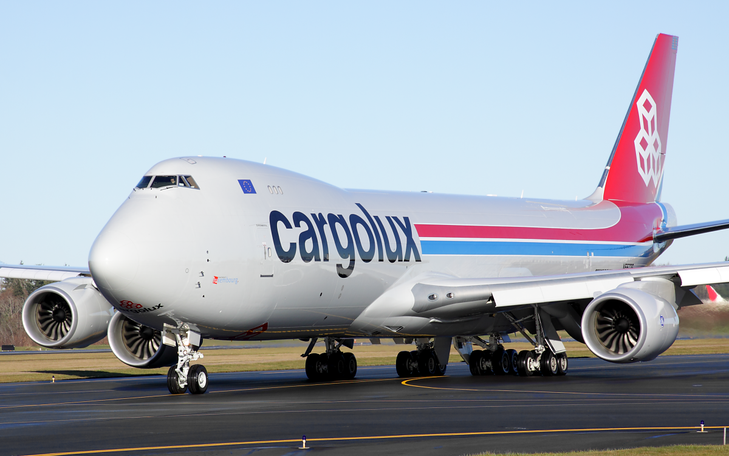 Cargolux will look to the charter market and try to be as flexible as possible with its fleet as it looks to mitigate current market conditions.
Cargolux executive vice president sales & marketing Niek van der Weide told Air Cargo News that he expected market overcapacity and yield pressure to remain a challenge over the coming year.
“It will be an interesting and tough year, but the overall capacity has probably never been as big as it is now,” he said.
“Not only the freighters, but you have to add all the widebody capacity of the Middle East carriers as well.”
However, van der Weide said that Cargolux’s all-freighter fleet, its flexible approach to demand fluctuations and its presence in the charter market would help offset the difficulties faced by the air cargo market.
“Growth will be limited this year,” he said. “At the same time we are confident with our network and our flexibility that we can anticipate where we need to anticipate.
“I can imagine if you fly two or three fixed routes and you don’t have a global network, that’s a lot tougher. We can easily switch capacity from the US to Africa, or from Africa to the Far East.
“We are also developing charters heavily, not only full charters, but also part charters, meaning, for instance, we re-route aircraft from Luxembourg to Johannesburg or make stops in other African points.
“That’s a focus we will concentrate on very much this year and the years to come.”
The approach seems to be working and last year Cargolux recorded above market growth of 7.4% year-on-year to 889,746 tonnes.
During the year, Cargolux also took delivery of two Boeing 747-8s. Van der Weide says its fleet currently stands at 25 freighters and there are no plans for further aircraft orders.
However, in the last quarter of the year it will lease three 747s to use as flexible capacity, either for charter flights or to takeover when one of its main fleet is taken out of action for maintenance.
Van der Weide added that Cargolux had also benefitted from rival European carriers’ decision to withdraw freighter capacity, particularly on services to the Middle East where it has focused on developing services.
He said that, despite weakness in the oil and gas market, the consumer and perishables markets in the Middle East were still growing.
The airline has also been expanding its partnerships and from March 8 will add two flights to Mumbai through its tie-up with Oman Air.
It is also in the process of launching Cargolux China, a new joint venture airline that will use Zhengzhou as a hub.
Van der Weide revealed that the airline now has a target launch date of April 17, 2017.