Cathay Pacific: plenty to look forward to in the Americas 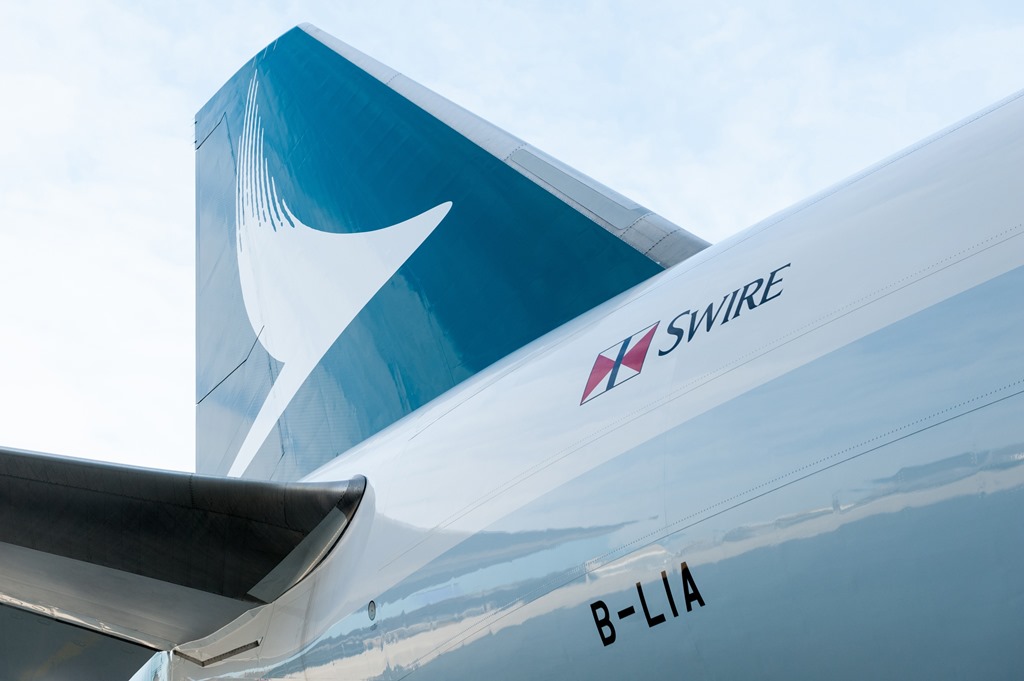 Fred Ruggiero, vice-president cargo, Americas for Cathay Pacific, has reported on a “very strong year in the Americas so far” for the Hong Kong-headquartered carrier.
“Our monthly network performance has continued to grow from last year’s base and July was a particularly strong month for transhipment volumes from the US via Hong Kong,” he observed.
“We have built good momentum and want it to continue.”
But the sky isn’t completely blue, of course, Ruggiero warning of the potential problems to cargo volumes caused by the current threat to international free trade.
To date, he said, the biggest impact has been on maritime shipping, but he noted that any diminution in consumer confidence in the Americas or elsewhere would soon impact cross-border airfreight traffic.
Approximately 20% of the cargo carried by Cathay Pacific from the US is destined for mainland China, he informed, with the balance bound for Hong Kong or other destinations across Asia.
But, while the danger of a more protectionist international trade environment is certainly a concern, Ruggiero said he remains “cautiously optimistic that the parties involved will find a way to make global trade work”.
Moreover, he added: “Having the ability to schedule aircraft according to demand is one of the benefits of having a large network.
“We are closely monitoring the situation and will remain agile,” Ruggiero promised.
And that concern about the global trade environment is not preventing Cathay Pacific from electing to increase its US services from 32 to 39 freighter frequencies a week for the peak fourth-quarter season.
Moreover, “We are optimistic about the year-end results,” he enthused, pointing in particular to contribution of the cargo carrier’s expansion of operations through Oregon’s Portland International Airport.
“In summer, we increased our freighter services to Portland from three to six flights a week to cope with demand from the cherry harvest,” Ruggiero recalled.
“We’re approaching our second year of operations there and the Port of Portland is very pleased with how our service has grown.
“There is no doubt the service has boosted the trade links between the Pacific Northwest and Asia. When we launch our passenger service to Seattle in May next year, the trade links will the further strengthened.
“There’s plenty to look forward to in the America,” he concluded.
Port of Portland benefits from increased Cathay freighter uplift
Keith Leavitt, the Port of Portland’s chief commercial officer, also offered his thoughts on how Cathay Pacific Cargo’s increased freighter frequencies through the Oregon gateway is stimulating exports to Asia.
“Cargo is very much part of our mission,” he pointed out.
“Oregon is reliant on trade, and six of our top eight trading partners are in Asia. Our top five export partners in Asia – China, Malaysia, Japan, South Korea and Vietnam – represent more than 50% of the international trade coming out of the state.”
For a port that on the US West Coast, Asia is thus a crucial market, and the state of Oregon exports more than it imports.
These were, Leavitt remarked, some of the “underlying attractions” for Cathay Pacific to start a freighter service to Portland in 2016.
That link has been expanded by Cathay Pacific since then, with additional services laid on in summer to deal with the export of soft fruits, particularly cherries.
Now that the summer is coming to a close and the cherry harvest has finished, the focus will turn to seafood and Dungeness crab from the autumn, along with regular bookings from the city’s clothing and high-tech sectors.
Leavitt is also expecting significant airfreight growth in coming years from e-commerce.
“Our team is fascinated with e-commerce,” he declared.
“It feels as if we are in a transformational phase. It’s still evolving and I think that will add demand for air cargo.”
And Cathay Pacific freighter connections out of the airport will play a key role in Portland Airport’s airfreight growth, Leavitt outlined.
“We’re mindful of the incremental growth that we’ve seen. [Cathay services to Portland] launched in November 2016 with two flights a week, and flexed up to five in the summer (for cherries), and this year it was three flights a week, flexing up to six.
“That’s robust growth from a volume perspective. We’ve seen 52% growth between June this year and last. That tells you that the market is using the service and the volume.”
He went on: “We hear from our shippers and forwarders that they value the more efficient truck trip to [Portland Airport] as opposed to Seattle, San Francisco or Vancouver BC [British Columbia].
“That’s a significant efficiency gain on the front or back end of the trip.”
Leavitt concluded: “We were very interested in having a long-term partner to work with and grow the service.
“We were mindful of the past 25 years, when we’ve had freighter services from [Portland] but we’ve not been able to sustain them. Cathay Pacific is more than meeting our expectations.”
Read more freighter operator news
Click here for a free digital subscription