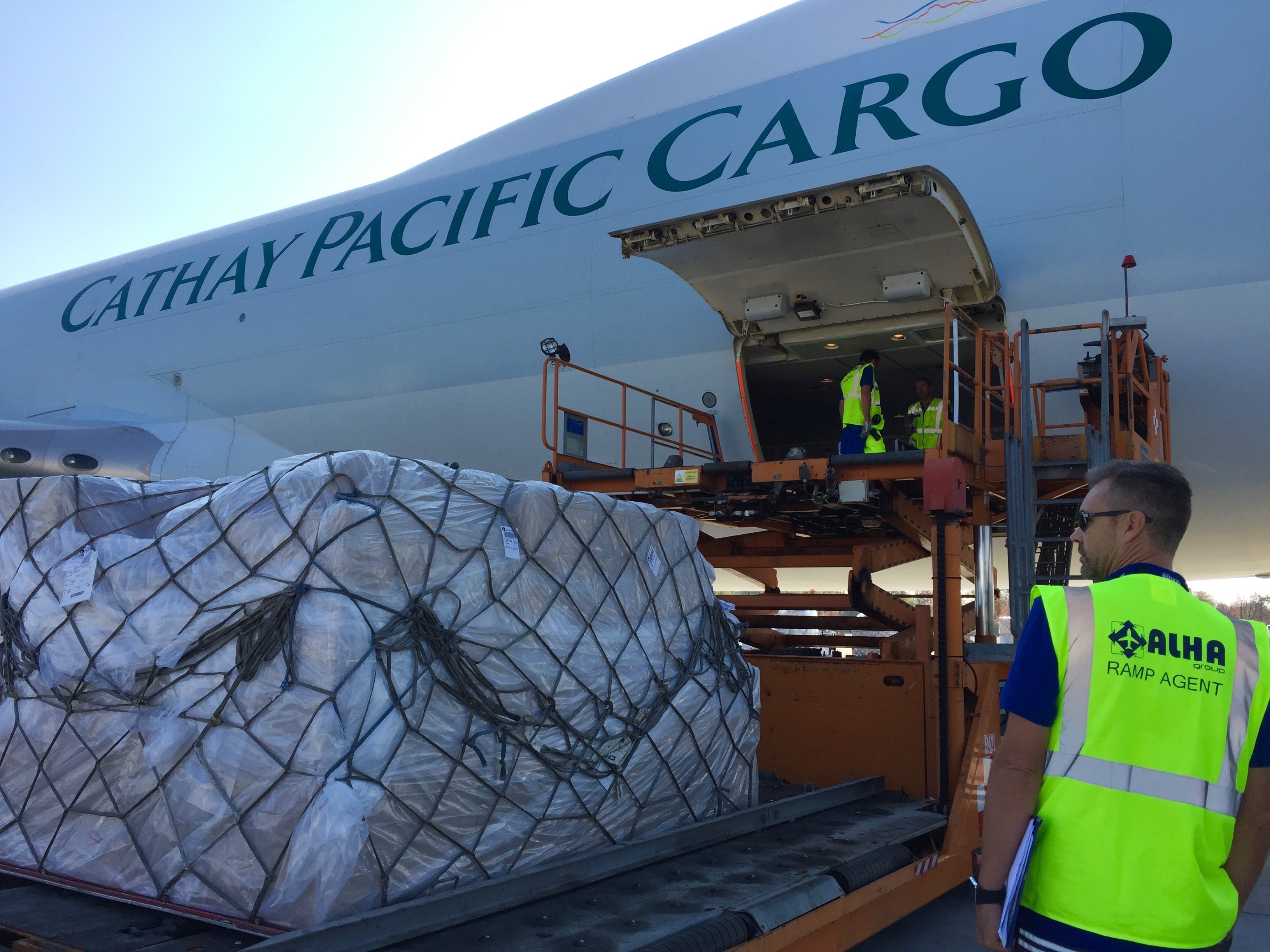 Major cargo markets remain robust, ahead of an anticipated surge in perishables shipments in December, saysCathay Pacific general manager for cargo service delivery, Frosti Lau.
In the carrier’s latest newsletter, he said that transpacific routes and those to Europe and India remain “robust” while Asia Pacific recorded a 14% weekly increase and tonnage in mid-November.
Lau added: “That is even ahead of anticipated increases in perishable shipments of fruit coming into season – especially cherries – and the launch of our Christchurch [New Zealand ] route in December.”
E-commerce volumes were boosted by another record breaking Singles’ Day in China, similar to Black Friday in the US, he added.
Cathay carried 180,706 tonnes of cargo and mail in October, a 5% increase on the same month in 2016, when the recent recovery first set in, Lau maintained.
Other developments at the carrier include CEIV pharma certification for the airline, along with its main base, Hong Kong International Airport.
As a founding and board member of the Cargo iQ quality initiative, Cathay appointed an independent auditor this year.