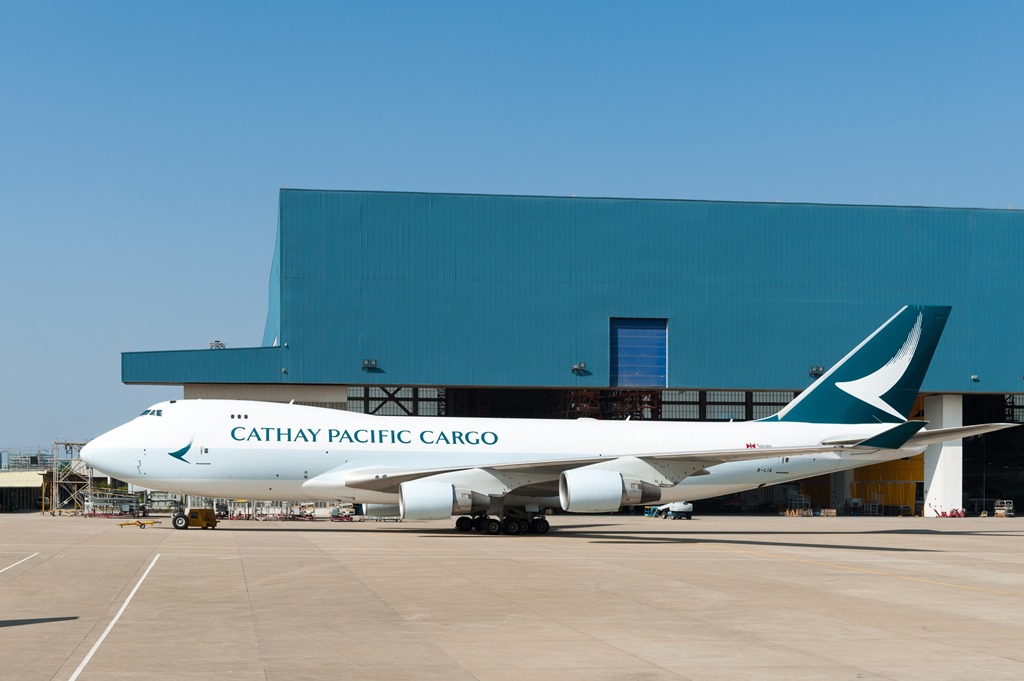 Cathay Pacific Group’s cargo revenue fell away by 17.2% in the first six months of 2016, to HK$9.4bn, said the Hong Kong carrier.
Cargo capacity on Cathay Pacific and Dragonair increased by 0.6% while load factor decreased by 1.9 percentage points, to 62.2% and tonnage carried decreased by 0.2%.
Cathay attributed the fall to a weak overall market, although it noted that its tonnage stabilised in the second quarter of the year.
Cargo yield fell by 17.6% to HK$1.59 per kilo, reflecting strong competition, overcapacity and the suspension of fuel surcharges from April.
Cargo demand on European routes continued to be weak and reduced on transpacific routes; India was one of the few routes where demand strengthened.
Freighter capacity was managed in line with demand and a higher percentage of cargo was carried in passenger aircraft bellies.
Passenger revenue also suffered during the period, declining 7.8% to HK$33.4bn.
Overall group profits were also down in the first half of the year, to HK$353m compared with HK$1.9bn for the same period in 2015.
Cathay described the operating environment in the first half of 2016 as “affected by economic fragility and intense competition. There was sustained pressure on revenues, reflecting suspension of fuel surcharges (and) weak currencies in some markets”.
On a brighter note, the most significant cost for the two airlines, fuel, decreased by HK$4bn (or 31.9%) compared with the first half of 2015, despite a rise in the price of fuel in the second quarter
Network developments during the period included a new Cathay Pacific passenger service to Madrid in June and there are plans for passenger services to London Gatwick in September, using new Airbus A350-900XWB aircraft. Flights to Doha stopped in February but Cathay still offers codeshare services with Qatar Airways on this route.
Frequencies on Dragonair’s Da Nang, Penang, Wenzhou and Wuhan services were increased and those on its Clark and Kota Kinabalu services were reduced.
Cathay Pacific will introduce a freighter service to Portland in November.
Cathay Pacific delivered a parked Boeing 747-400F freighter aircraft back to Boeing in July and another in August, with  the remaining two are due to go back by September. The carrier took delivery of its final Boeing 747-8F freighter in August.
Cathay Pacific took delivery of its first Airbus A350-900XWB passenger aircraft in May, followed by two others in July and August and is scheduled to take delivery of further nine of the type during the remainder of 2016.
It retired two Airbus A340-300 aircraft in the first half of 2016 and will retire one more aircraft in the second half of this year and the remaining four in 2017. The three remaining Boeing 747-400 passenger aircraft are also due to go by October.