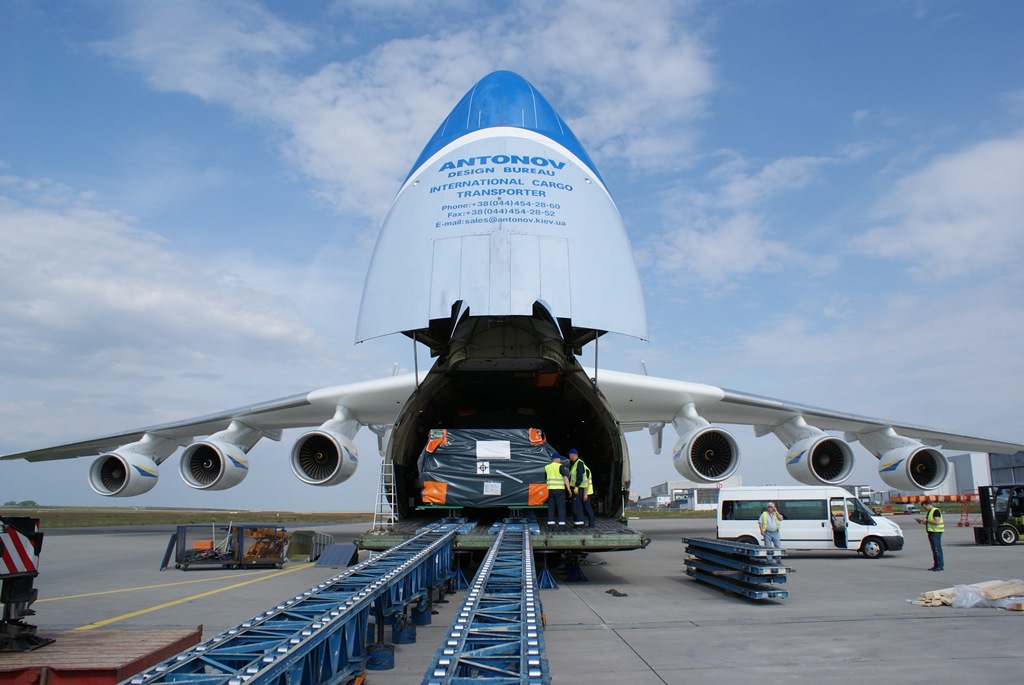 Chapman Freeborn and Fiege Logistics Switzerland have successfully completed a project to transport outsize oil and gas equipment totalling 232 tons from Germany to Abu Dhabi.
Chapman Freeborn utilised an Antonov AN-225 freighter and an additional Boeing B747-400F aircraft to deliver the time-critical cargo from and Frankfurt–Hahn Airport to Abu Dhabi International Airport on May 20.
The AN-225 operation at Leipzig Halle Airport was closely managed by Chapman Freeborn’s project manager Christian Becker.
The 16-hour loading process to manoeuvre 153 tons of cargo involved using the AN-225’s ramp-loading apparatus and internal winch, in addition to an external heavy-lift crane.
The largest of the six pieces handled was a compressor weighing 79 tons and measuring over 14 metres in length.
Following the successful loading of the outsize cargo, the AN-225 departed and flew to Abu Dhabi via Cairo for refuelling.
At the same time, the closely-synchronised B747-400F operation at Frankfurt–Hahn Airport was overseen by Chapman Freeborn representatives, with a further consignment of nearly 80 tons of cargo successfully loaded and dispatched to Abu Dhabi.
The six-engine AN-225 can carry payloads of up to 250 tons and was originally developed by Antonov Design Bureau in the 1980s to transport the Soviet Union’s Buran spacecraft.