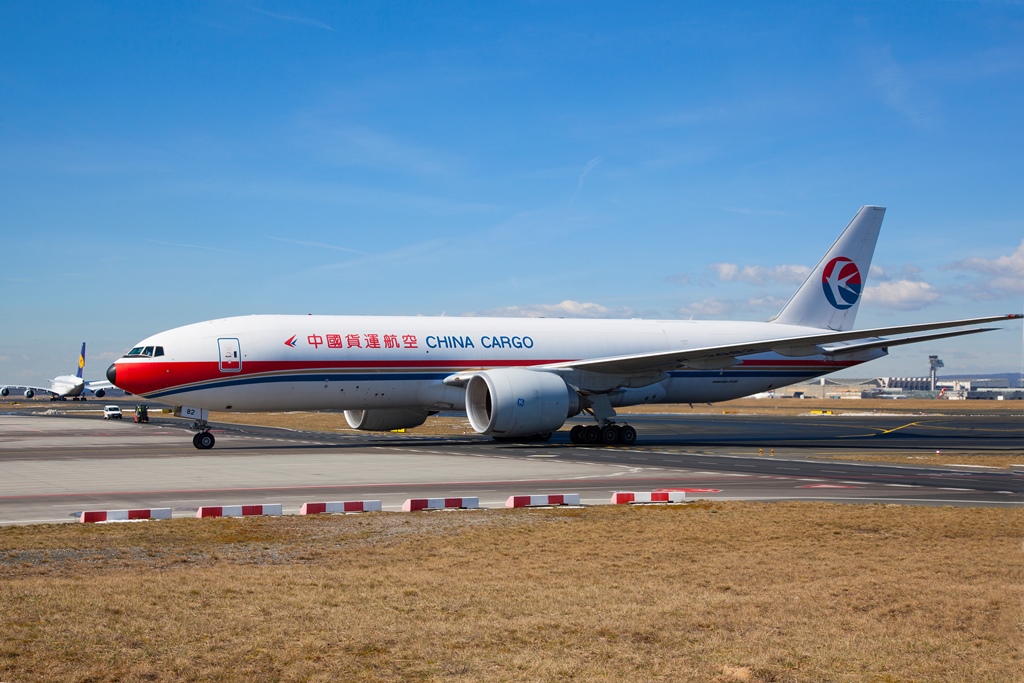 China Cargo Airlines has inaugurated a new Boeing 777 freighter connection between Shanghai-Pudong International Airport and Germany’s Frankfurt Airport.
Frankfurt Airport welcomed the freighter with a traditional ribbon-cutting ceremony.
China Cargo Airlines, a subsidiary of China Eastern, is flying the service twice a week, on Wednesdays and Sundays.
However, according to Fraport, operator of Frankfurt Airport, China Cargo Airlines expects to increase the frequency of its flights to Germany’s busiest airfreight hub once it has secured additional traffic rights.
According to Anke Giesen, Fraport AG’s executive director operations (chief operating officer), the new link not only strengthens Frankfurt as a cargo hub, but also further improves the airport’s position in the Chinese market.
Shanghai-based China Cargo Airlines, China’s first airline devoted solely to cargo, was established in 1998 as a joint venture between China Eastern Airlines and China Ocean Shipping.
It currently serves 19 destinations in 13 countries with a fleet of three B747-400Fs and six B777Fs.