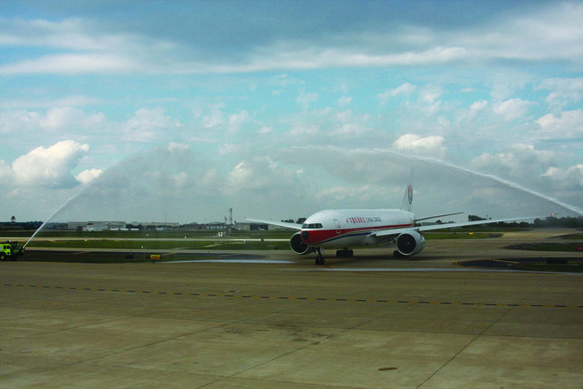 AIR China reported a 2.2 per cent hike in cargo volumes last month.
The figures released by the national carrier will giver cause for optimism in the worldwide industry as many look to the economic powerhouse to drive growth.
The monthly result of 2.2 per cent over June last year is also 0.5 over May 2012.
According to the airlines’ operating data domestic cargo fell 1.2 per cent compared to last year and 5.1 per cent against last month.
Internationally, however, cargo volumes in June were up 1.7 and 8.1 of the same two periods.
Last month Air China carried just over 96,000 tonnes.
Share this story