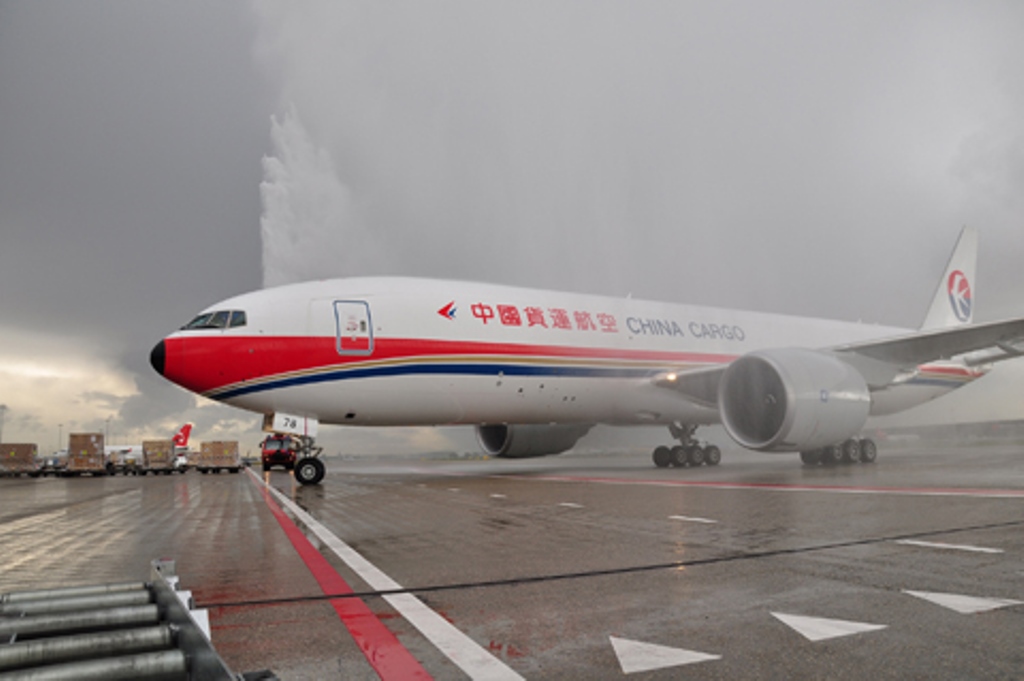 China Eastern Airlines will sell its shareholding in freighter operator China Cargo Airlines on the back of continuing losses and to allow it to concentrate on its passenger business.
In a complicated deal, China Eastern will sell its shareholding in Eastern Logistics, which owns 83% of China Cargo Airlines, for RMB2.4bn to Eastern Airlines Industry Investment Company, a wholly-owned subsidiary of CEA Holdings.
State-owned CEA Holdings in turn owns a 56.4% share of China Eastern. Eastern Logistics also owns Shanghai Eastern Transport and Eastern Express.
The companies said the move would allow China Eastern to concentrate on its passenger business and added that China Cargo had been making losses over the last few years.
“Eastern Logistics has not fully accomplished the goal of its transformation.
“In particular, China Cargo Airlines, a subsidiary of Eastern Logistics, suffered large amount of cumulative losses during the period from 2011 to 2015, translating to a relatively high debt ratio that affected the overall operating performance of [China Eastern].
“Therefore, the implementation of the disposal is a specific measure and reasonable option for the [China Eastern] to cope with the poor conditions of the airfreight market and is beneficial in improving the overall operational performance of [China Eastern].”
It added: “Major international airlines have been withdrawing or reducing their all-cargo flight business gradually in view of the slackening global cargo market.
“Therefore, the implementation of the disposal will be beneficial to the [China Eastern] in focusing relevant resources on operating its air passenger transportation business in the future and further build up the company’s brand image and competitiveness in the air passenger transportation sector.”
After the sale, China Cargo Airlines will also sell the bellyspace of China Eastern.
The deal will be put forward at an extraordinary general meeting on January 17 for consideration and approval, while regulatory approval will also be required.
According to Flight Radar 24, the airline operates a fleet of three B747-400 freighters and six B777 freighters.