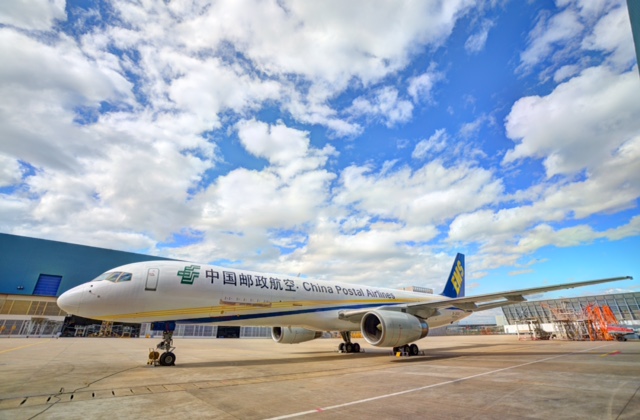 China Postal has taken delivery of its latest aircraft, a Boeing 757-200 converted freighter.
The conversion was carried out by Precision Aircraft Solutions at the Ameco facility in Chengdu, China. The aircraft, MSN 25888, is the fourth conversion Precision has carried out for the Chinese airline.
Late last year China Postal was one of five companies to take space at the Pudong Airport Logistics Park.
In total, China Postal ordered six B757-200 conversions from Precision last year. In 2015 the company signed up with US planemaker Boeing for ten Next-Generation 737 Boeing Converted Freighters (BCFs).
According to Flight Radar 24, the airline operates a fleet of 14 B737-300s, eight 737-400s and five B757-200s.