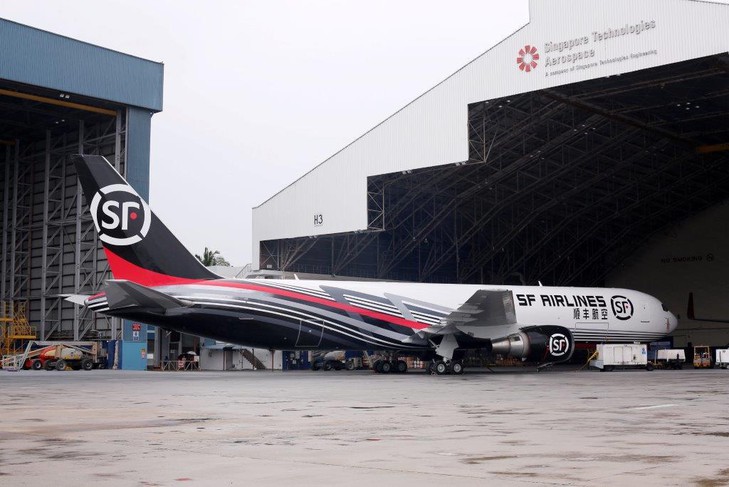 Fast expanding Chinese express carriers YTO Express Airlines and SF Airlines have applied to add extra routes from the country’s capital as they look to capitalise on the growing domestic e-commerce market.
Recently launched YTO has applied to the Civil Aviation Administration of China to operate a cargo service between its Hangzhou hub and Beijing on the basis of 14 flights per week, according to China Aviation Daily.
Also, SF Airlines has applied for 14 flights per week on a Wuxi-Beijing rotation, ten flights per week from Beijing to Shenzhen and six flights per week between Beijing and Hangzhou.
YTO Express Airlines made its maiden flight in September when one of its B737-300 aircraft flew between Hangzhou and Chengdu.
The express airline has a total of three B737-300s, with the second and third aircraft put into commercial operation in November and December.
The new airline hopes its launch will help open up the e-commerce industry to Hangzhou and the wider Zhejiang province.
It is also hoped the move will help establish Hangzhou as a regional courier and logistics hub.
Owner YTO Express becomes the third Chinese express company to also own and operate an airline, joining China Post and SF Express.
SF Airlines, meanwhile, has been rapidly expanding its fleet. In December, it took delivery of its first 767-300 Boeing Converted Freighter (BCF). Another four are due this year. In January it received another B757.

The delivery of the 767-300 represented the addition of the first wide-body aircraft in the SF Express-owned airline’s fleet, which also consists of 26 B757s and B737s.
SF Airlines has also signed a letter of intent to purchase 737-800BCFs following a programme launch.
Companies are looking to capitalise on the fact the express market in China has now exceeded that of the US to become the largest in the world, but the number of all-cargo aircraft owned by companies active in the country is around 100, although quickly growing.