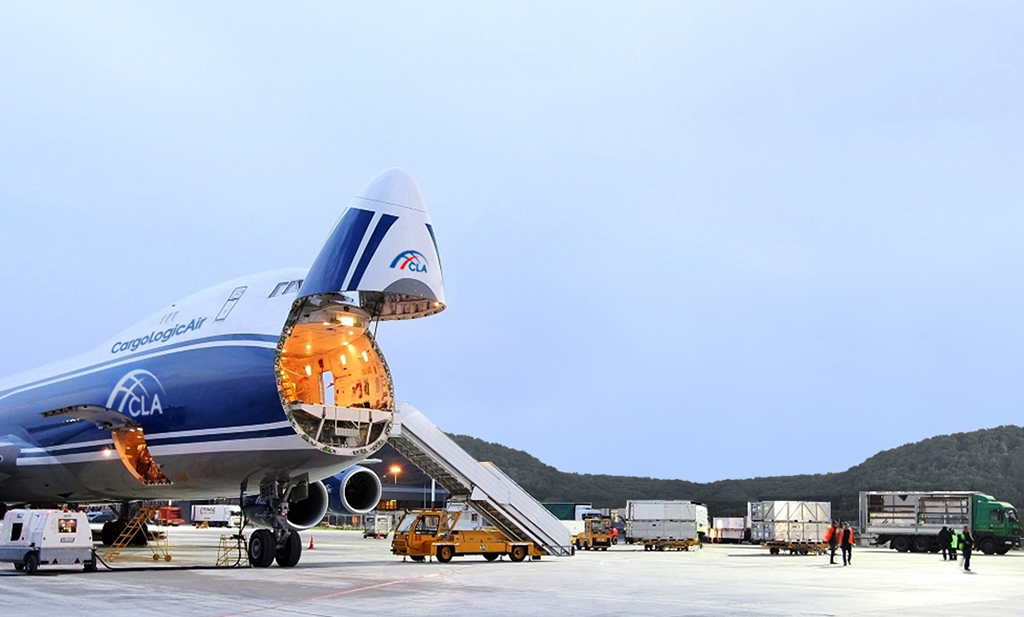 CargoLogicAir (CLA), the UK-registered freighter operator, is to begin weekly scheduled services to Tel Aviv in Israel.
The London Stansted-based airline will use a Boeing 747-400F for the new service to Tel Aviv via Frankfurt. In December, the outbound departure out of Europe will move from Frankfurt (Main) to Frankfurt-Hahn Airport.
Dmitry Grishin, CLA’s chief executive, said: “Our customers have indicated a high level of demand for a B747 freighter service connecting the heart of Europe and Tel Aviv, and we are able to meet their requirements with a route that also gives direct connectivity into our growing global network.
“We expect to carry a diverse range of cargoes on this route, including regular shipments of pharmaceuticals, hi-tech products, aerospace components and perishables.”
CLA has appointed Rom Top Aviation as its cargo general sales agent (GSA) in Tel Aviv to represent it in the local market.
CLA launched its first scheduled cargo route as recently as August, when it inaugurated twice-weekly B747-400F services from London Stansted to Mexico City International via Hartsfield-Jackson Atlanta International.
The service also incorporates stops in Houston, Frankfurt and Abu Dhabi.
Then, last month (October), CLA launched a weekly service connecting London with Frankfurt, Dubai and Hong Kong.
A partner of the Volga-Dnepr Group, CLA currently flies two B747-400 cargo aircraft and a new-generation B747-8 freighter.
Etihad Airways cargo boss David Kerr has also been named as the new chief executive of CLA, with effect from January 2018.