CLA airs its views with the UK’s aviation minister 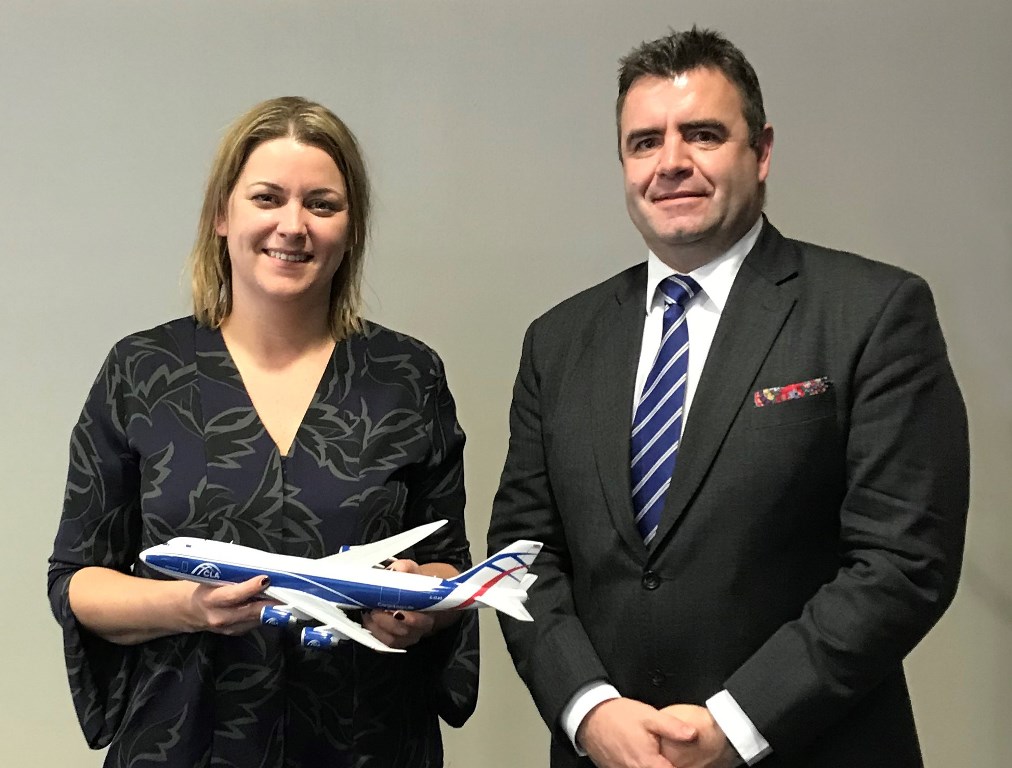 Senior executives from UK-based freighter operator CargoLogicAir (CLA) have met with the country’s aviation minister, Baroness Sugg, in order – it said – “to emphasise the airline’s commitment to supporting the UK’s forward-looking position on aviation”.
The minister met with CLA chief executive David Kerr, chief commercial officer Steve Harvey, technical director John Nicholas, and Pamela Rablin, head of human resources for the carrier, during a visit to its home base of London Stansted.
During the meeting, the CLA senior management team highlighted how the airline’s growing network is helping UK companies in industries such as oil and gas, pharmaceuticals, aerospace, automotive and high-tech products to trade internationally.
Kerr commented: “We see it as highly significant that Baroness Sugg was so interested in hearing about the UK freight market and its requirements, as well as the development of CargoLogicAir to support the growth of UK trade.
“We are very upbeat about the UK’s growth prospects and continue to invest in building a team, fleet and network ready to support a very positive future for British business in the global market. CLA is ready to support government and industry initiatives to bolster trade links through the provision of reliable, high quality air cargo services.”
CLA is also, it emphasised to the minister, supporting the current strong demand for cargo capacity to satisfy rapidly growing volumes of e-commerce shipments.
Plus, Baroness Sugg heard how CLA played an important role in delivering humanitarian aid from the UK to the Caribbean following Hurricane Irma late last year, highlighting the value of having a British all-cargo aircraft capacity to meet demand for relief goods urgently required to meet the impact of natural disasters around the world.
CLA, which operated its first flight in 2016, currently offers weekly scheduled services from the UK to Atlanta, Mexico City, Houston, Frankfurt, Dubai, Tel Aviv and Hong Kong through its three Boeing 747 freighters, in addition to providing wet-lease aircraft, crew, maintenance and insurance (ACMI) capacity and charter services.
Kerr officially took over as the head of CLA earlier this month (March). He started in his role as chief executive on January 1 but only in early March took over all responsibilities from Dmitry Grishin, who left the company.