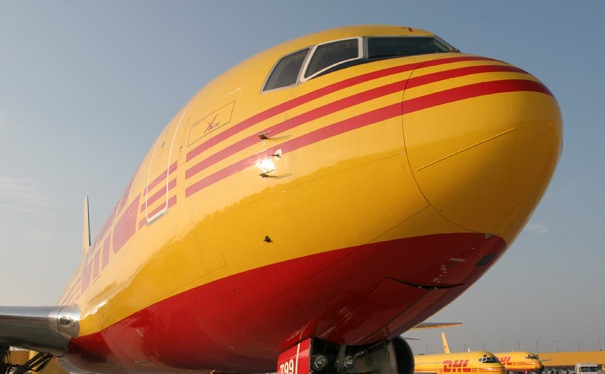 The new facility, which will be four times the size of the current one at 200,000 square feet, will feature a fully-automated sort system with a capacity of processing 15,000 packages per hour.

The Hamilton Gateway is the largest gateway for DHL Express in Canada by volume. Other DHL Express gateways in Canada are located in Vancouver, Calgary, Edmonton, Winnipeg, Montreal, and Mirabel.

“With 24-hour landing capability, dedicated onsite Canada Border Services Agency representation and the ability to grow in the future with a partner positioned to become the cargo hub of Ontario, we know this is the best decision to continue leading the market.”

Since 2014, international trade has generated continuous growth in shipments per day for DHL Express in the Americas, averaging at around 8% growth each year for the entire region combined.

In Canada alone, shipments per day growth have doubled with 60% of the total Canadian shipments cleared every month at Hamilton International.

Hamilton mayor Fred Eisenberger said: “I was pleased to visit DHL officials in Leipzig, Germany two years ago to underline our commitment to do everything possible to assist in the expansion of DHL’s facility at Hamilton International Airport.

“This is further evidence that our airport is an economic driver that is attracting international investment resulting in high-value jobs and increased prosperity.”

Cathie Puckering, president and chief executive of John C. Munro Hamilton International Airport, said: “Today’s announcement from DHL is great news for the Airport, the City of Hamilton and the province as Hamilton International is a global gateway facilitating the movement of goods and Ontario is the home of a strong and rapidly growing e-commerce industry.

“The Airport and DHL are proud of a great, long-standing relationship for two decades and DHL’s investment will ensure it is well positioned for success at Hamilton International Airport for many years to come.”

DHL Express moved to its current Hamilton International facility in 2008. In the last four years, the company has invested more than C$30m to increase its fleet and aviation capacity, along with expanding its facilities in Edmonton and Winnipeg, and most recently, doubling its capacity at the Vancouver International Airport in Richmond.

DHL Express has 17 owned locations throughout Canada and more than 450 partner locations.