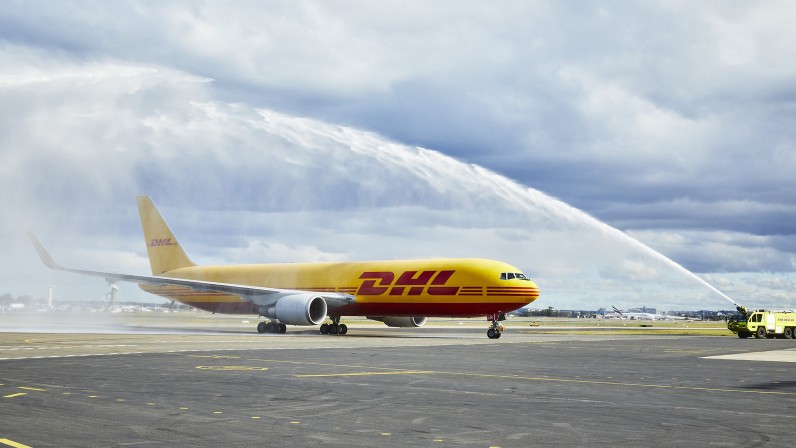 DHL has extended by three years its deal to lease 14 Boeing 767 freighters from ATSG subsidiaries.

The aircraft lessor said that it would also operate eight of those aircraft within DHL’s North American Network.

– The extension of eleven aircraft leases between DHL and Cargo Aircraft Management (CAM), ATSG’s aircraft leasing subsidiary. Leases for six 767-200 aircraft currently operated by a DHL affiliate airline in the Middle East were extended through March 2022. Leases for five other 767s operated by ATSG’s affiliate ABX Air, including four 767-300s and one 767-200, were extended through April 2022. Three other 767-300s that ABX Air operates are leased to DHL into 2023/24.

– The extension of the aircraft operating agreement with DHL by ATSG’s subsidiaries, ABX Air and CAM, through April 2022. ABX Air has provided CMI (crew, maintenance and insurance) operations for DHL’s North American network since August 2003.

Joe Hete, President and Chief Executive Officer of ATSG, said: “We are extremely proud of our 15 year relationship with DHL. Our airlines remain focused on safe operations that deliver the highest level of service to our customers. We look forward to many more years of providing, operating and maintaining aircraft in support of DHL’s expanding global logistics network, the largest in the world.”