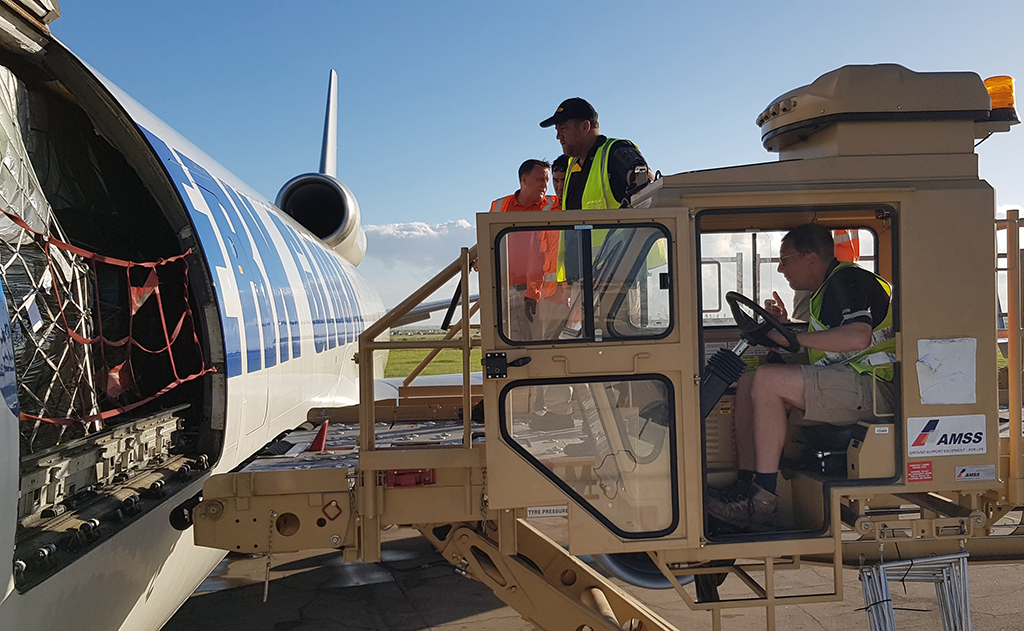 Three teams of 12 volunteers processed cargo from approximately 50 aircraft over 20 days at Mozambique’s Beira Airport to support relief efforts in the wake of Cyclone Idai, which damaged over 700,000 hectares of crops, and destroyed close to 200,000 homes.

Cyclone Idai swept through Mozambique, Malawi and Zimbabwe on March 14, leaving at least 700 people dead and 3m in need of humanitarian assistance.

The DRT, with volunteers from Mozambique, South Africa and United Arab Emirates, was deployed at Beira Airport between March 24 and April 12 at the request of the United Nations.

Chris Weeks, director for humanitarian affairs at Deutsche Post DHL Group who headed up the deployment, said: “This particular deployment was groundbreaking for us in that it was our first mission to Africa. The challenges however were familiar and within the first few days of arriving the DRT firmly established its coordination expertise in the supply chain of incoming humanitarian aid.

“All too often the sudden influx of relief aid to an airport creates bottlenecks and aid is unable to get out in a timely manner. This was precisely the scenario the team was trying to avoid and able to do so successfully.”

During their time in Mozambique, the DRT acted as a liaison between the Beira Airport Authorities (ADM) and the large humanitarian community who occupied a vast area at the airport.

The team supported international relief organizations such and assisted with handling equipment, driving forklifts and high-loaders, and ensuring there was no build-up of incoming shipments.