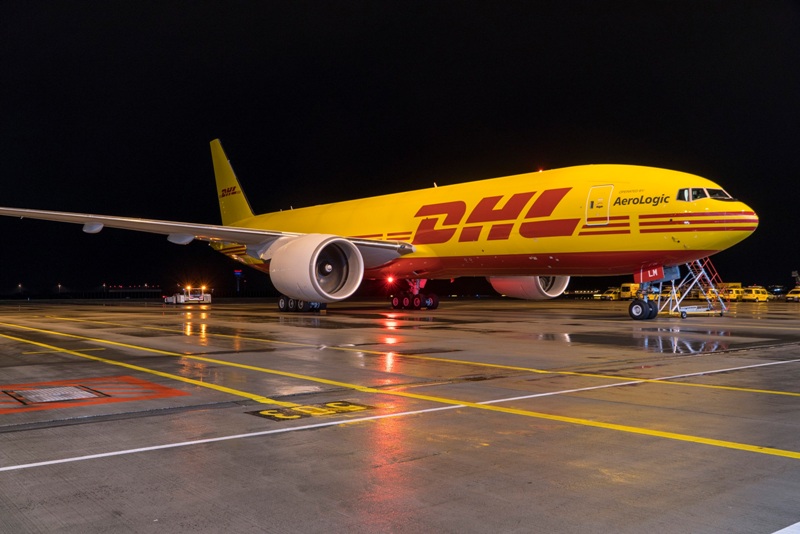 DHL Express has ordered an additional eight new Boeing B777 freighters as it looks to expand its global network and meet demand in the “fast-growing international express shipping market”.

The first deliveries are scheduled for 2022 and DHL Express also has options on four more of the aircraft.

The express firm said that its e-commerce volumes increased by 40% during the fourth quarter.

“Fueled by globalisation, digitalisation and the unprecedented demand of our customers during the recent peak season, our global e-commerce volume grew by more than 40% in Q4.

“With the order of eight new wide body freighter aircraft, we underline our conviction that e-commerce is an enduring megatrend. This is why we decided to act early and kick-off 2021 with this investment in our future.”

DHL highlighted that the B777F is the world’s largest twin-engine freighter with a payload capacity of just over 100 tonnes while its reduces C02 emissions by 18% compared with the B747-400F.

The world’s largest and most capable twin-engine freighter, the B777 supports future growth while providing outstanding reliability. Furthermore, the aircraft contribute to the committed sustainability goals due to their fuel efficient technology reducing CO2 emissions by 18 percent compared with the legacy B747-400s.

“It allows DHL Express to make fewer stops and reduce associated landing fees on long-haul routes, resulting in the lowest trip cost of any large freighter,” the express firm said.

DHL Express had already taken delivery of the first ten new B777F aircraft as part of an original order of 14 aircraft made in 2018.

Boeing’s 2020 World Air Cargo Forecast anticipates significant increase in demand for new and converted freighters with a fleet growth of more than 60% over the next 20 years.

“This reflects in the growing demand for cross border time definite shipments DHL Express is experiencing. For this reasons both companies also agreed options and purchase rights for four additional planes,” DHL said.