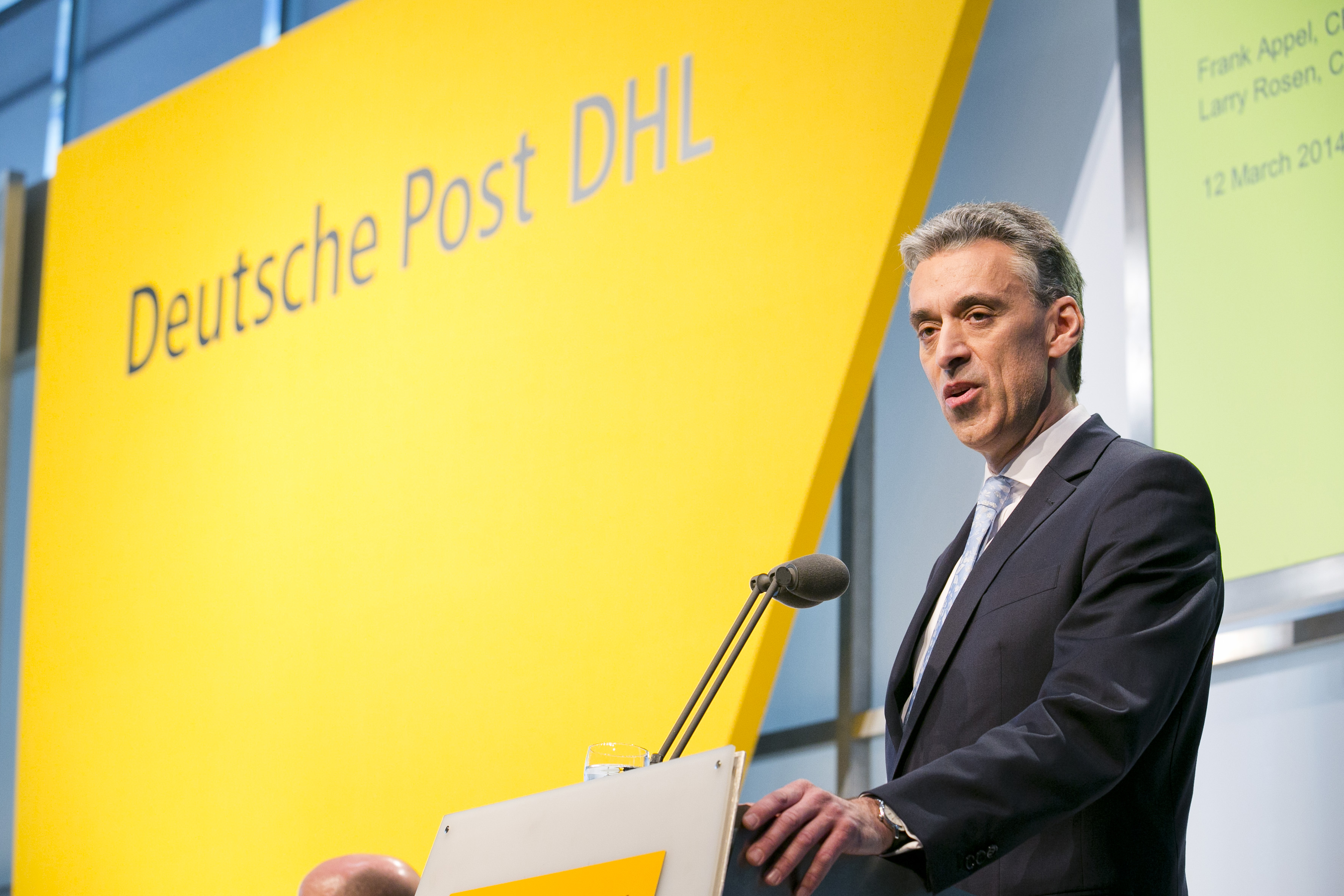 Deutsche Post DHL’s global forwarding arm overcame a weak 2014 first half to record a full year 2.4 per cent increase in airfreight volumes to just over 4m tonnes, versus 2013.
Announcing full year 2014 results, the Germany-based global post, express, freight and logistics giant said of its air cargo segment: “Margin pressure continued to rise over the course of the year. In light of the falling oil price, major customers engaged in aggressive competitive bidding in the second half of the year.
“Furthermore, airlines reduced their capacities, in particular along the very busy routes from Asia. Our revenue in the reporting period grew by 2.2 per cent to €5.1bn; however, gross profit declined by 8.9 per cent. In the fourth quarter, volumes were 2.7 per cent and revenue 6.6 per cent above the prior-year quarter.”
DP DHL added that as airlines brought more wide-body passenger aircraft into service, air freight rates saw a decline in the first half of the year.
“In contrast, freighter capacities as a proportion of overall capacities decreased to 37.6 per cent in the reporting year (previous year: 38.5 per cent), as major freight carriers deployed their freighter aircraft more carefully.
“This situation, in conjunction with a strong increase in demand, resulted in increased pressure on capacity buying rates in the second half of the year. After transporting 2.2 million export freight tonnes in the previous year, we remained the air freight market leader in 2014.”
DP DHL Group as a whole saw revenues rise 3.1 per cent to €56.6bn, with all four of the company’s operating divisions contributing to this improvement. Organically, group revenues climbed by 4.2 per cent in 2014, “supported by steady volume and revenue gains in the international express and German parcel businesses in particular”.
Group chief executive Frank Appel said: "We will remain on our growth path in 2015 and focus on the opportunities and challenges we face, as we execute our Strategy 2020.”
Appel added: "In 2014 we were able to further successfully execute Strategy 2015 despite the lack of significant tailwind from the global economy.
“This year we begin executing Strategy 2020 in each of our divisions. While we remain on our growth path in 2015, we will focus on the opportunities and challenges we face in order to further strengthen our competitiveness for the successful future of our group.”
In its outlook, DP DHL said that the results of the global forwarding freight division “will be strongly influenced by the costs – both direct and indirect – invested in the New Forwarding Environment (NFE) transformation program”.
Did you find this article of interest, if so why not register for a FREE digital subscription to Air Cargo News? – Find out more