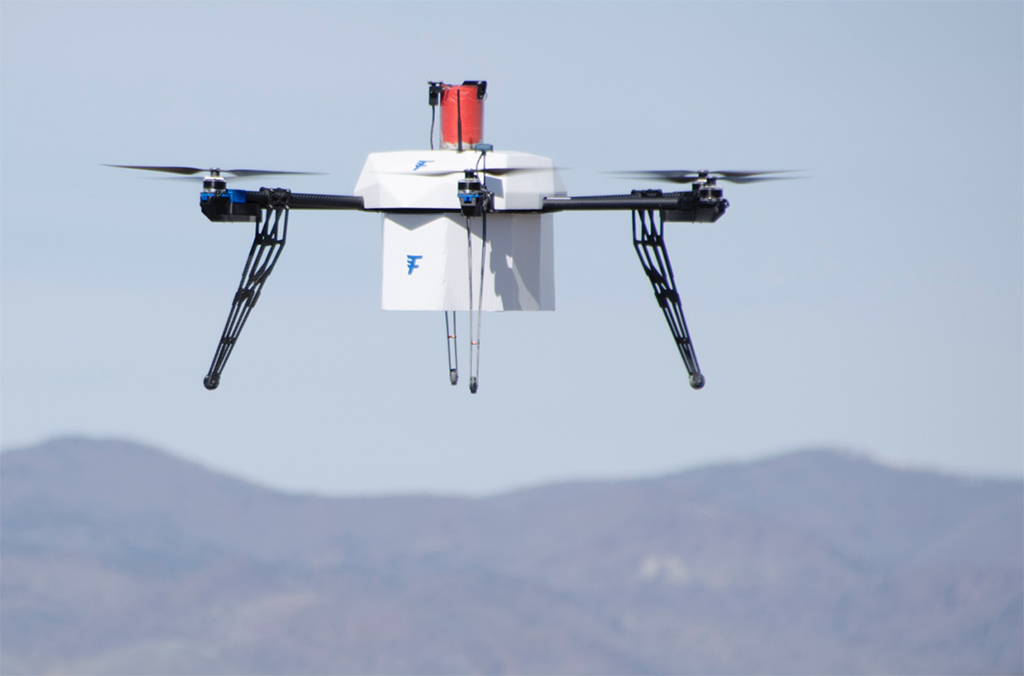 Independent drone delivery service Flirtey has teamed up with Johns Hopkins University School of Medicine in the US to demonstrate the use of unmanned aircraft in delivering humanitarian aid to a disaster area.
Flirtey and Timothy Amukele, assistant professor of pathology at Johns Hopkins University, will conduct the first ship-to-shore drone delivery in the US on June 23 along the New Jersey coastline.
The purpose of the joint mission is to demonstrate how unmanned aircraft can provide life-saving aid to victims of a disaster, such as a hurricane or system-wide failure of electrical or communications infrastructure.
Medical samples will be delivered by drone between a medical relief camp on the New Jersey coastline and a test facility on a vessel offshore.
Flirtey said that the the delivery will “showcase the humanitarian potential of drones for the United Nations and American Red Cross, among other participants”.
Dr Amukele has previously led successful research on the viability of using medical drones to transport blood samples and blood products, and is serving as a volunteer advisor to the project.
Flirtey will fly drones carrying medical samples for emergency testing between an onshore medical relief camp at Cape May and a test facility on a vessel stationed off the coast.
In a round trip, Flirtey drones will also deliver medical supplies from the vessel to the onshore medical camp.
“Imagine a future where in the event of a natural disaster like Hurricane Sandy, Flirtey drones rapidly deliver emergency medical supplies, food and water,” said Flirtey chief executive Matt Sweeny.
“This demonstration is helping to make that future a reality, and taking us one step closer to Flirtey’s mission to save lives and change lifestyles.”
The use of drones in humanitarian aid projects is now a real possibility. UPS has formed a partnership with medical alliance Gavi and robotics firm Zipline to explore the use of unmanned aircraft to deliver vaccines to remote locations in Rwanda.
The UPS Foundation has awarded an $800,000 grant to support the launch of the Gavi and Zipline initiative, with the belief that the model could be applicable in other areas of the world.
Drones are also being tested for the last mile delivery of parcels and other goods. Singapore will be the launch pad for test trials of Unmanned Aircraft Systems (UAS) for last mile delivery. Amazon is also testing Prime Air machines after gaining US regulatory approval for testing.