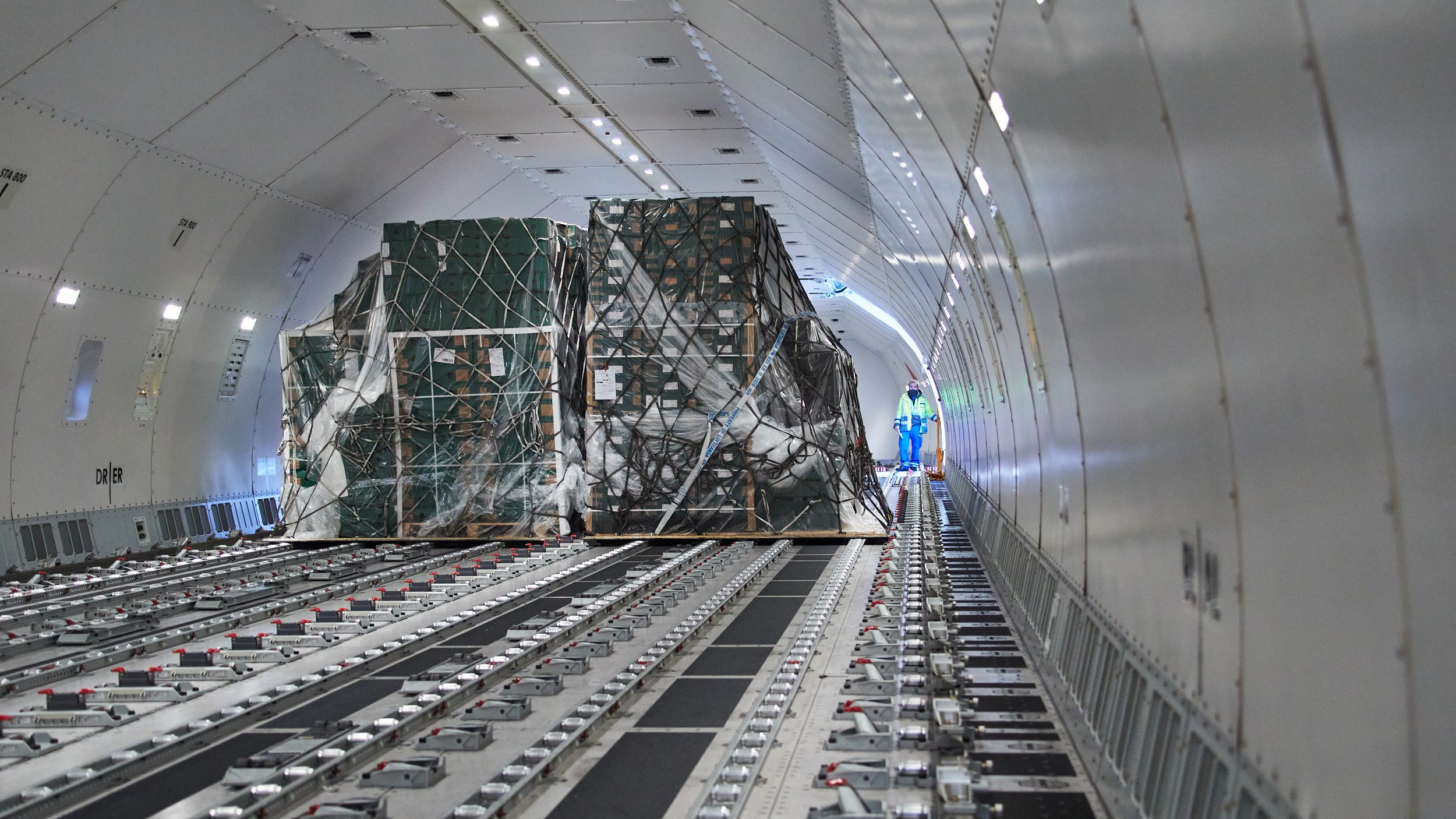 Conversion firm EFW has delivered its third A321 converted freighter to lessor BBAM.

EFW said the aircraft (D-AEUC) will soon make its way to Munich to enter service as Lufthansa’s first A321 freighter.

The aircraft will be flown by Lufthansa City Line on behalf of Lufthansa Cargo.

The aircraft can transport more than 28 tonnes of gross payload per flight “significantly larger cargo volumes than in the short-haul bellies of passenger aircraft”, BBAM said.

A second A321 conversion will join the Lufthansa fleet later this year.

✈️”Uniform-Charlie” has landed: This Sunday, after 16 hours of pure flight time, the first A321F arrived in Munich. The narrow-body freighter was converted from a passenger to a cargo jet and has now a gross payload of 28 tons.?#A321F #ferryflight #welcome #freighter #fleet pic.twitter.com/CP3tzOhGjz

The aircraft will be used on intra-European services and will target e-commerce volumes.

When the deal was first announced, Lufthansa Cargo pointed out that cross-border e-commerce shipments are forecast to grow by around 20% per year for the next five years.

“Consumers expect ever shorter delivery times for their ordered goods,” the cargo business said. “This is also increasing the demand for airfreight connections within Europe.”