EFW’s A321 freighter conversion programme kicks off with Vallair order 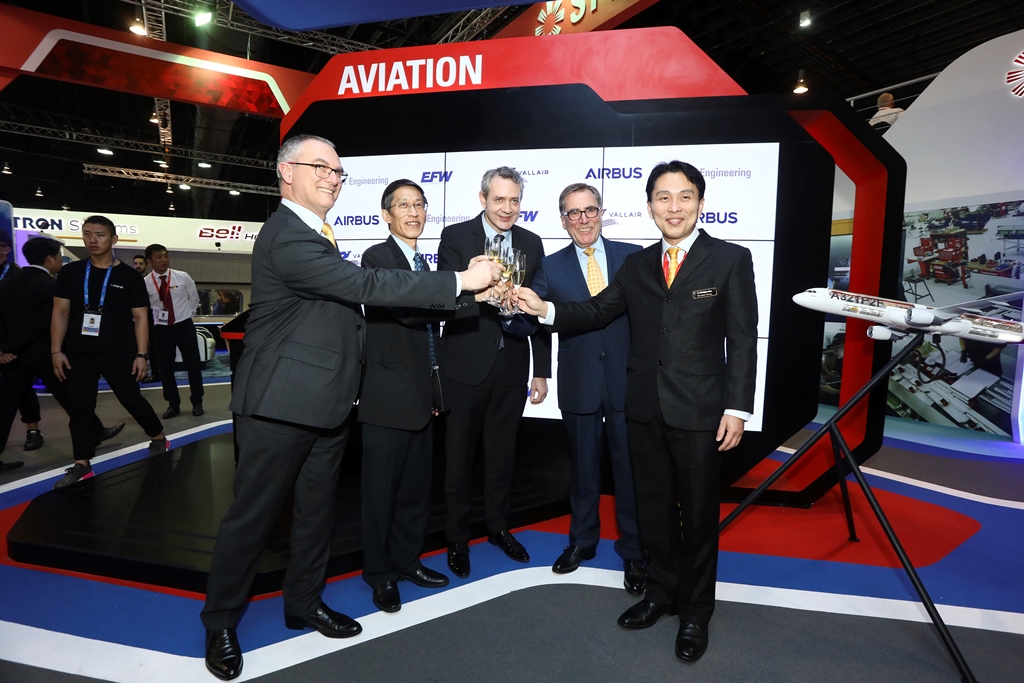 Conversion firm EFW  has won the launch contract to convert 10 Airbus A321-200 passenger aircraft to a 14-pallet cargo configuration for Luxembourg-based Vallair Solutions.
The first conversion under this contract will begin towards the end of 2018 for redelivery by the end of 2019.
Gregoire Lebigot, president and chief executive of Vallair, said: “Today, we see a huge potential in the A321P2F, not only as a replacement of the B757 freighter, but as a key tool for the cargo industry to achieve the projected growth rate of the air freight market in general – in particular driven by express services and e-commerce.”
He also pointed out that the converted A321 will be the first narrowbody aircraft with a containerised lower deck – up to 10 container positions in addition to the 14 on the maindeck – making it “a significant game changer for any hub and spoke operation”.
Andreas Sperl, chief executive of EFW said, “We are pleased to have Vallair as our launch customer for our A321P2F solution, which we believe will play a lead role in the narrow body freighter segment.
"Together with our parent company, ST Aerospace and its global network of maintenance facilities, we are confident we will achieve the high standards of service we have demonstrated over the years on all of our other conversion programs, and deliver to Vallair on time, on budget and to their full satisfaction.”

The A321P2F can carry up to 27.9 tonnes over 2,300 nautical miles.
Dreseden-based EFW formally announced the 14 pallet configuration for its A321 passenger to freighter conversion programme in May last year.
Vallair Solutions is also the launch customer for 321 Precision Conversions’ (321PC) Airbus A321-200 passenger-to-freighter conversion programme.
ST Aerospace and EFW offer other conversions too, including the A330-200P2F and the larger A330-300P2F – of which the first was redelivered to DHL Express in December 2017. The parcel carrier has firm orders for eight A330-300P2Fs plus options for another 10.
Vallair provides a range of services, including conversions, to help aircraft operators and owners extend the life of their aircraft.
Read more freighter conversion news