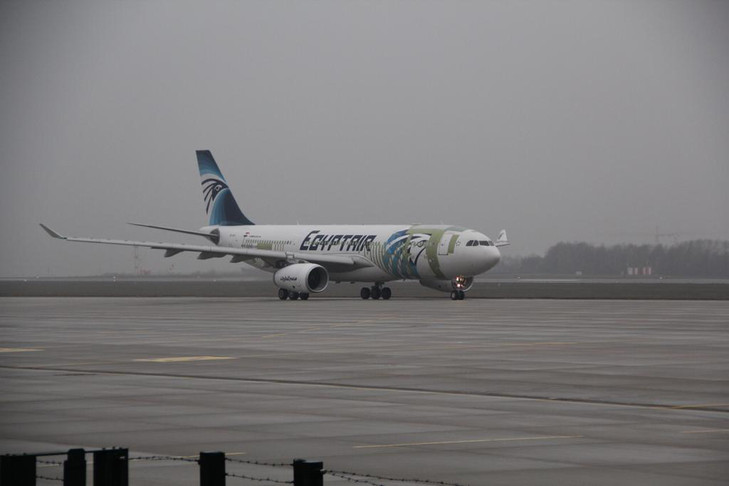 EgyptAir Cargo is expanding its scheduled freighter operations in the Middle East, Africa and Asia following the delivery of its second A330-200P2F.
In the Middle East, the airline will add flights to Dammam, Riyadh, Kuwait and Amman. In Africa, flights will be added to OR Tambo, Accra and Kano. Meanwhile, in Asia a flight to Mumbai will be added.
A company spokesman said the regular flights would begin on March 1 and come in addition to its existing flights to Europe (Ostend, Cologne, Malpensa) and the Middle East and Africa (Beirut, N’Djamena and Lagos).
Earlier this week, the carrier took re-delivery of its second A330 freighter from EFW, with a third in the process of being converted.
It also operates a single A300-600F, although this may be replaced when its third A330 arrives.