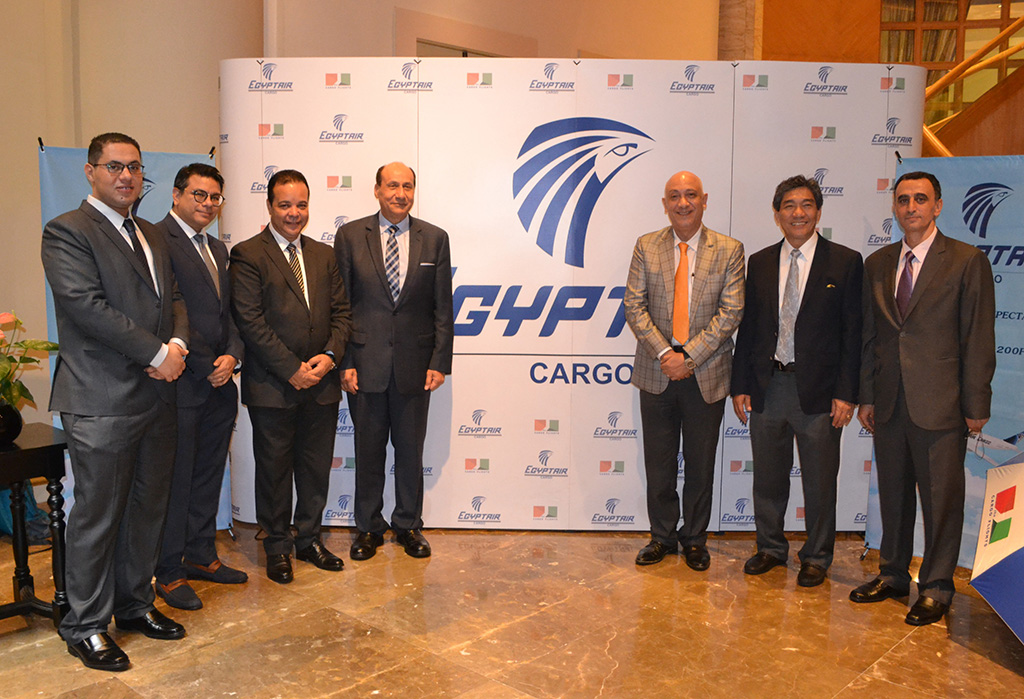 Egyptair Cargo held a celebration party for its customers in Thailand, citing “the framework of increasing strength and relationships between Egyptair Cargo and valued customers around the world”.
Representatives of Bangkok-based The Cargo Flights Co, Egyptair’s cargo general sales agent (GSA) in Thailand, were at the party, along with Egyptair Cargo’s chief executive Bassem Gohar, vice president Hesham Elewa and Egyptair Cargo’s manager in Thailand, Mahmoud Elmasry.
Later this month, Egyptair Cargo will begin flying its first A330-200 passenger-to-freighter (P2F) converted aircraft.
The aircraft is expected to make its first flight on 23 September. It was announced last month that the P2F had been delivered to Egyptair Cargo from Germany’s Elbe Flugzeugwerke (EFW).
Two other A330-200Fs are expected to be added to the African cargo carrier’s fleet in the near future – one on November 15 and one next year on June 3.
The delivery of the first P2F recently followed the successful completion of test flights in June and the awarding of Supplemental Type Certificates (STCs) by the European Aviation Safety Agency (EASA) and Egyptian Civil Aviation Authority (ECAA) in July.
In March this year, it was reported that the new 58 ton capacity A330-200 P2Fs are expected to operate services to the US and east Asia.