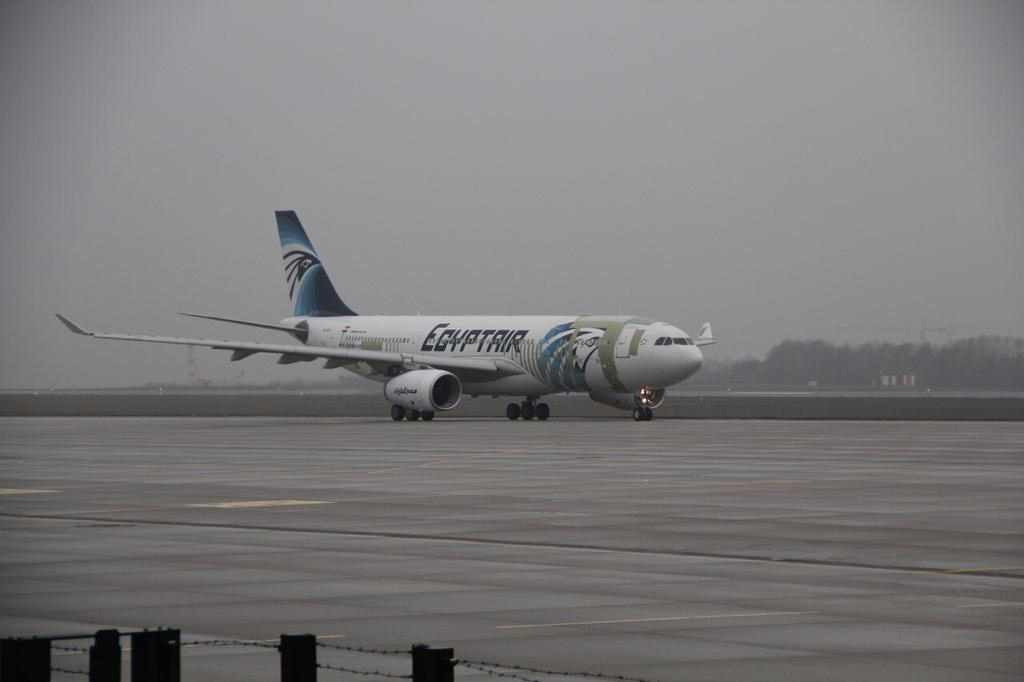 Egyptair Cargo has taken delivery of its second passenger-to-freighter converted Airbus A330P2F.
The Middle East carrier ordered three A330-200P2Fs from German-based passenger to freighter conversion specialist EFW.
The 13-year-old aircraft was converted by EFW during the second half of 2018. Ground tests and acceptance procedures were completed at the end of January and the aircraft was flown from Dresden to Cairo at the weekend.
A spokesperson for EFW said: "With use of its new freighter aircraft, Egyptair Cargo is supposed to replace its previous A300-600P2F freighter generation and to upgrade and modernize its cargo capabilities using the A330-200P2F’s enhanced range, volume and payload characteristics.
"EFW is happy to have performed its fourth A330 conversion after successful  supplemental type certificate (STC) approval at the end of 2017 on the A330-300P2F for launch customer DHL, whereas the STC for the A330-200P2F was released in mid-2018 for launch customer Egyptair Cargo."
EFW confirmed that the third A330 passenger aircraft intended for Egyptair Cargo has now slotted in for freighter conversion, with completion of "paint stripping and systems removal".