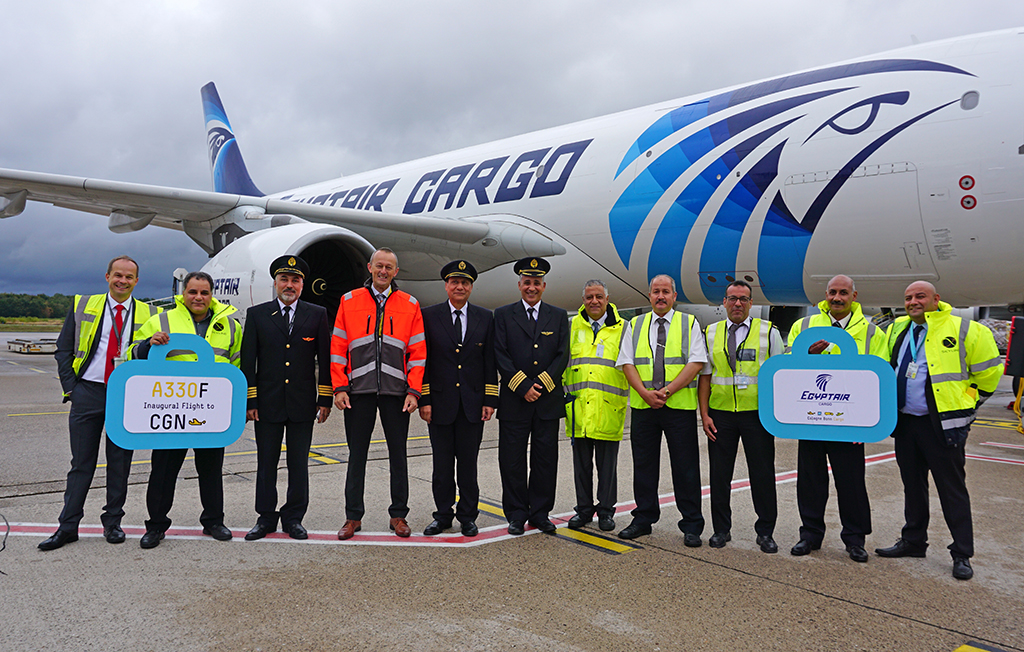 Germany’s Cologne-Bonn airport played host to Egyptair’s newly converted Airbus A330-200P2F freighter which was making its first commercial flight.
The freighter, the first of its type to be converted from a passenger aircraft, will operate three times per week between Cologne/Bonn and Cairo.
From October, the airline will increase its weekly flights to five, servicing Johannesburg as a new destination in addition to Cairo.
Johan Vanneste, chief executive a the airport, said: "We are very pleased that Egyptair Cargo is increasing its engagement here at Cologne/Bonn by deploying this aircraft. This is a strong commitment to our location and highlights once again the relevance and the potential of our Airport’s cargo sector."
The A330-200P2F freighter replaces the Airbus A300-600F previously deployed by the Middle East carrier. With a maximum payload of 61 tonnes, the more advanced and quieter A330-200P2F can carry around 25% more freight than its predecessor.
Read more freighter operator news