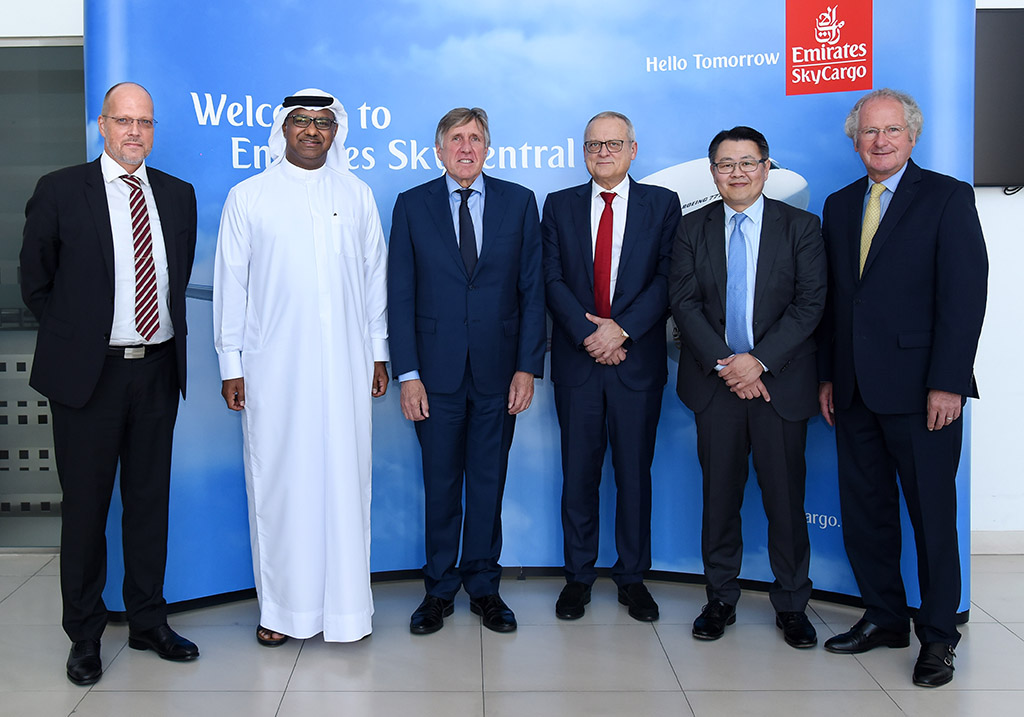 Cargolux Airlines and Emirates SkyCargo have signed a codeshare partnership for cargo.
The carriers said the new codeshare would allow both carriers to procure cargo capacity on each other’s flights and then offer it to their customers under their own airway bills and flight numbers. The codeshare agreement will be applicable for cargo capacity on freighter and passenger flights.
It follows the announcement earlier this year of a strategic operational partnership between the two carriers, in which they agreed to work closely on a number of operational areas including block space and interline agreements, aircraft charter, hub connectivity between Dubai and Luxembourg and cargo handling cooperation.
Emirates SkyCargo has already started weekly freighter services to Luxembourg from June 2017 and Cargolux transferred handling of its freighter flights at Dubai World Central to Emirates SkyCargo in September 2017. Since July 2017, Emirates SkyCargo has also chartered Boeing 747 freighter aircraft from Cargolux’s fleet.
The agreement was signed in Dubai by Emirates divisional senior vice president, Cargo Nabil Sultan, and Cargolux president and chief executive Richard Forson, in the presence of Luxembourg’s minister of sustainable development and infrastructure, François Bausch.
Sultan said: “Over the last five months our operational partnership with Cargolux has gone from strength to strength…We will now be able to deepen this partnership through our codeshare agreement and offer a more seamless and broader range of product and service offerings to our customers.”
Forson added: “This codeshare partnership is a natural progression in our cooperation and demonstrates the complementarity of both airlines. Our customers greatly benefit from this partnership as we can offer high-quality products and services to more destinations than ever before.”