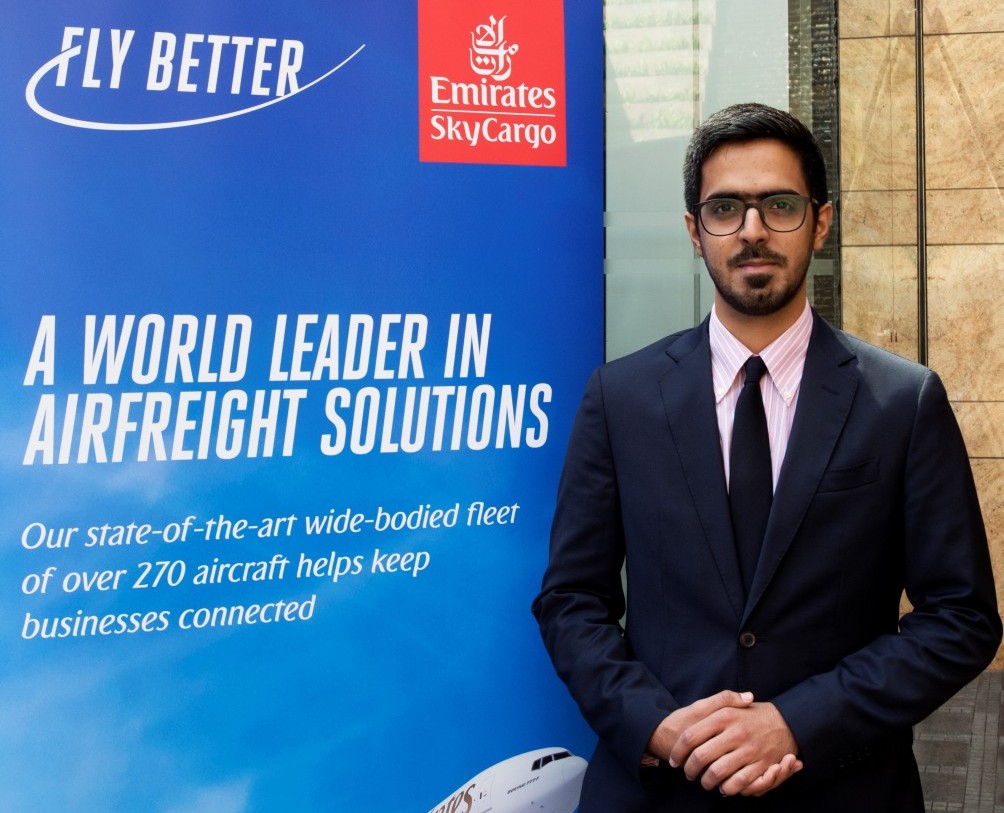 Emirates SkyCargo has appointed Abdulla Alkhallafi as its new cargo manager for India.

Alkhallafi will be based out of Delhi and will be overseeing all commercial and operational aspects of Emirates SkyCargo in one of the air cargo carrier’s most important markets globally.

He takes over from Keki Patel, who will be retiring after more than 15 years as cargo manager for India with Emirates.

Alkhallafi previously worked as cargo manager, North India, for Emirates from June 2017. He is a UAE national who joined Emirates in 2014 as part of SkyCargo’s commercial management programme.

Following his initial training at Dubai, Alkhallafi was posted to Singapore where he gained first-hand experience of Emirates’ operations in an overseas market.

In 2019, Emirates SkyCargo transported more than 250,000 tonnes of exports and imports to and from India, which  is one of the largest origin markets for pharmaceuticals for Emirates SkyCargo. Both Mumbai and Bengaluru are part of the air cargo carrier’s global pharma corridors programme.

More than 5,000 tonnes of fruits, vegetables and other produce from India are flown by Emirates SkyCargo to markets in the Middle East and Europe.

Each summer, the carrier flies hundreds of tonnes of Indian mangoes that are sought after in many markets around the world.

In addition to transporting cargo on passenger flights, the carrier also operates scheduled freighter flights to Mumbai and Ahmedabad.

Nabil Sultan, Emirates’ divisional senior vice president of cargo, said: “As a graduate of Emirates SkyCargo’s commercial management programme, Abdulla has shown immense potential in his previous roles and we have no doubt that his dynamism and his understanding of the air cargo industry will help drive further growth for Emirates SkyCargo in India.

“We would also like to thank Keki Patel for his extensive contribution to the business over close to two decades.”