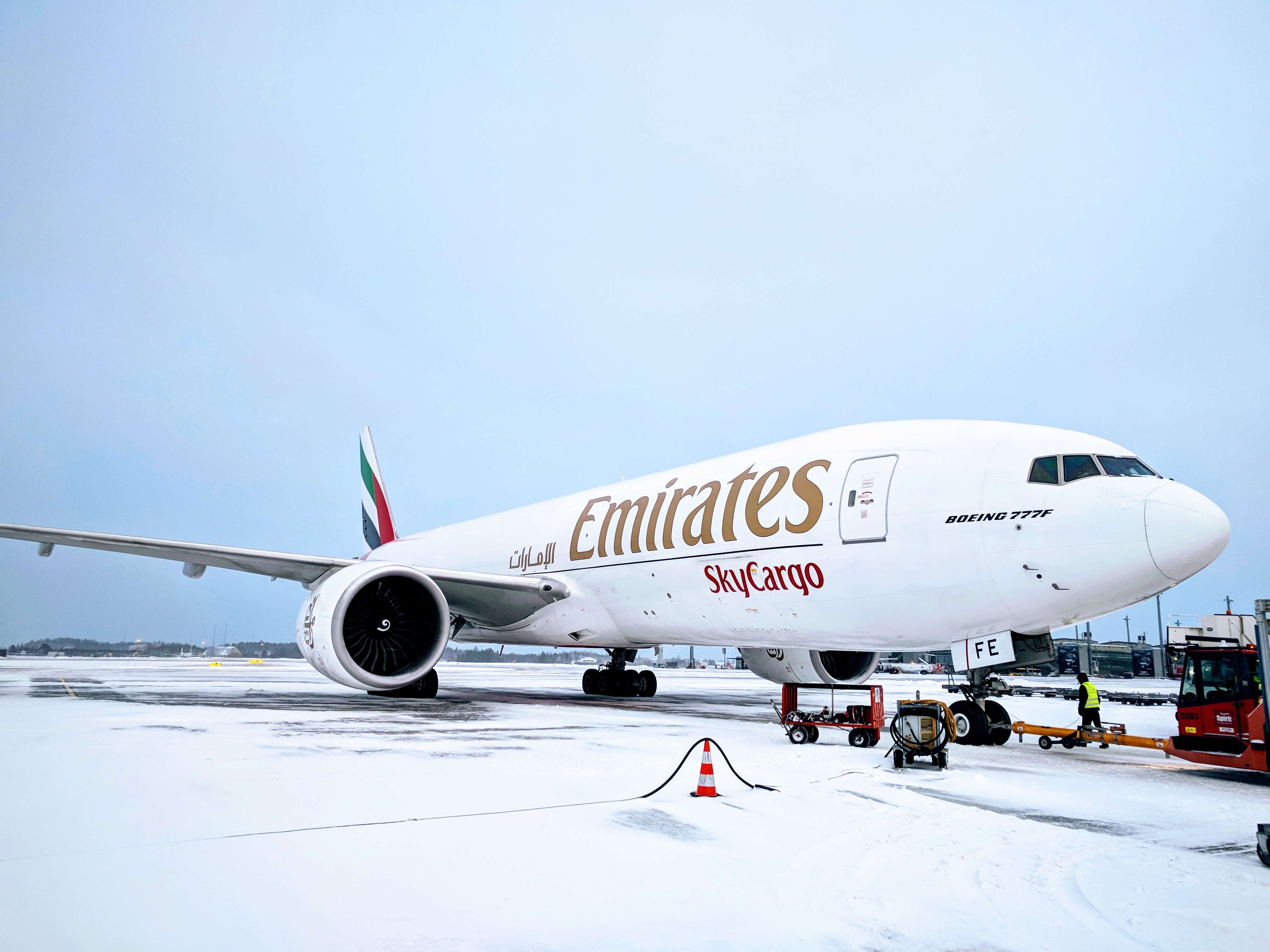 Emirates SkyCargo has celebrated two years of operating Boeing 777 freighter services to Oslo airport, the fast growing north European perishables hub for fish shipments.
In 2017, Oslo Airport was the fastest growing cargo airport in Europe with a 36% year-on-year increase to 185,000 tons, of which 90,000 tons were seafood.
Dubai-based Emirates SkyCargo operates a weekly freighter service to the Norwegian capital that offers close to 100 tonnes of cargo capacity per flight.
The Middle East carrier has operated more than 100 scheduled freighter flights to Oslo since October 2016.
In addition to its weekly main deck service, Emirates SkyCargo also transports bellyhold cargo on its daily passenger services to and from Oslo.
One key component of the freighter’s typical cargo load is fish. Over the last two years, the carrier has moved almost 35,000 tonnes of Norwegian salmon from Oslo to a number of important export markets in the Middle East and East Asia.
Through Emirates Fresh, the carrier’s portfolio of transportation solutions for perishables, seafood exports arriving on the B777F from Norway are transported through the Emirates SkyCargo cool chain, based at its Dubai hub, onto further flights on passenger and freighter aircraft.
The airline also transports many other types of commodities to and from Oslo, many of them also offering their own particular challenges.
Outsize items including aircraft engines, ship propellers weighing more than 10 tonnes apiece and other large parts for the marine industry have been carried by the carrier’s B777 freighter aircraft flying into and out of Norway.
And, in December 2017, Emirates SkyCargo carried thoroughbred horses from Oslo to Dubai for the Dubai racing season. The Oslo freighter service also frequently carries pharmaceuticals as well as general cargo.
Emirates SkyCargo offers main deck cargo capacity on a fleet of 14 freighter aircraft – 13 B777Fs and one B747F.
Cargo handler Worldwide Flight Services (WFS) has won the contract to operate the new seafood centre at Oslo Airport being built to cater for rising demand for perishable exports from the region.
The Seafood Center will handle up to 250,000 tons of seafood annually in a facility designed to meet "industry requirements for cool chain logistics and innovation".