Emirates SkyCargo says it with flowers 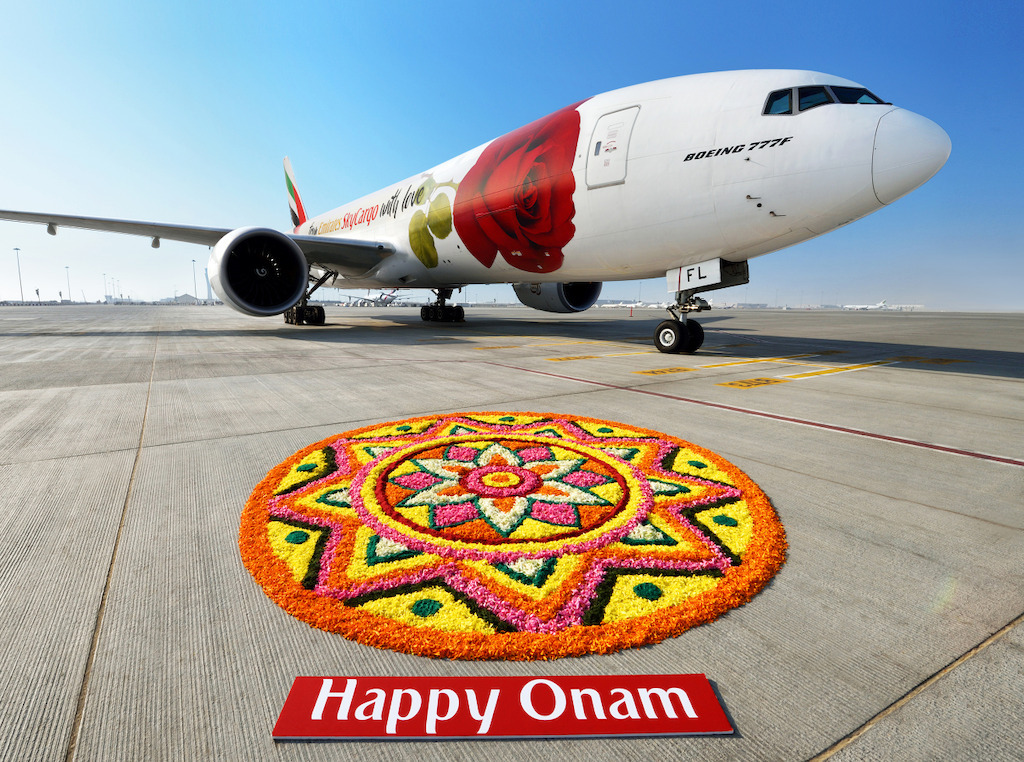 Emirates SkyCargo’s Boeing 777 ‘Rosie’ freighter has marked Chinese Valentine’s Day and the Indian festival of Onam with special deliveries.
The Dubai-based carrier’s rose-liveried freighter arrived at Shanghai’s Pudong International airport in the early hours of August 28, on the day of the Qixi festival to mark what is known as Chinese Valentine’s Day.
The rose decal on the aircraft was originally unveiled in Dubai on Valentine’s Day in February this year to highlight the role of Emirates SkyCargo in the global floriculture industry.
Since then, the aircraft has flown around the world to nearly 50 destinations across six continents and has made special visits including that to Barcelona on the Catalan ‘Day of the Rose’. In six months, the aircraft has flown over 400 flights and has carried over 20,000 tonnes of cargo including flowers and other perishables, pharmaceuticals, horses, cars and general cargo.
Back in Dubai, ‘Rosie’ also featured in an initiative organised by Emirates SkyCargo to mark the South Indian festival of Onam. The festival is celebrated by those living in the state of Kerala as well as by over a million Keralites living in the Middle East region.
Every year, Emirates SkyCargo transports significant volumes of perishables including bananas and banana leaves from Kerala to the Middle East during the run up to Onam. The fruits and vegetables are used to prepare the traditional festive banquet called the ‘Onam Sadhya’.
Flowers brought in from India are also used in traditional ‘Onam Pookalams’ which are intricate and colourful floral arrangements and form an integral part of Onam festivities. A special ‘Onam Pookalam’ was put together by staff at Emirates SkyCargo to underline how the air cargo carrier helps bring a taste of home to expatriates in the region.
In the first three weeks of August 2017, Emirates SkyCargo transported close to 2,200 tonnes of fruits and vegetables from India to the rest of the world, out of which close to 1,700 tonnes were air freighted to several destinations in the Middle East region. Emirates SkyCargo offers specialised transportation solutions for perishables including temperature and time sensitive fruits and vegetables.
Emirates SkyCargo operates a fleet of 13 B777Fs and one Boeing 747-400ERF.