Emirates SkyCargo’s half year volumes up 5% 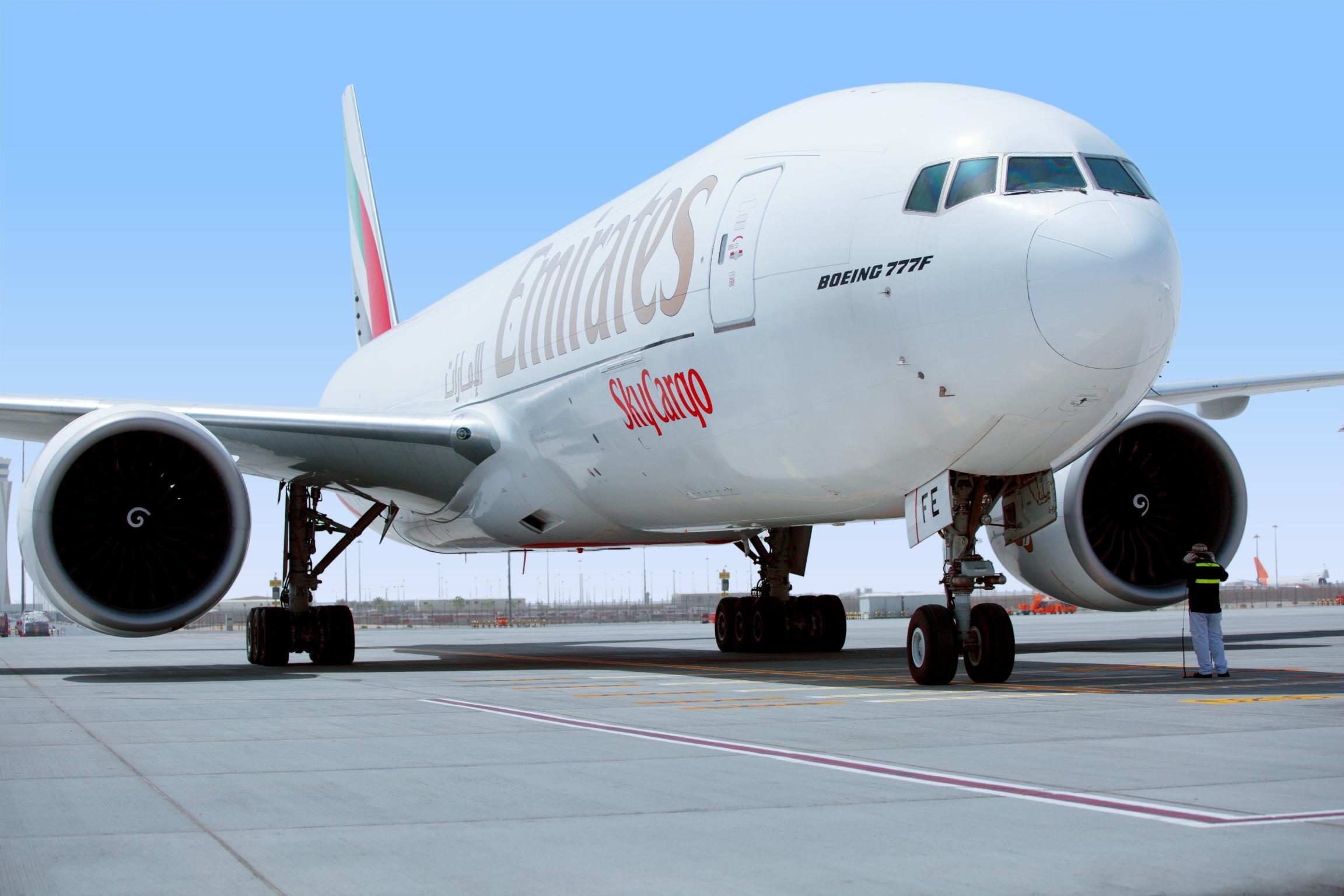 Emirates SkyCargo saw a 5% rise in  cargo volumes to 1.3m tonnes for the financial half year while yields improved by 8%.
Dubai parent Emirates Group, announcing the six month results to end of September 2017, said of the airfreight arm: "This solid performance speaks to Emirates SkyCargo’s recent investments in products and services tailored to key sectors, and is also a positive sign of a gradual recovery in the global air freight market."
In May this year, Emirates SkyCargo signed a memorandum of understanding with Luxembourg-based Cargolux for a strategic operational partnership.
In the same 2017-18 half year reporting period, the group’s ground handling arm dnata saw a 25% surge in cargo volumes to 1.5m tonnes and a 11% increase in aircraft handled while revenue up rose 7% to AED6.3bn ($1.7bn) and profit was up 20% to AED659m ($180m).
A group statement said of the dnata divisional result: "This reflects new customer contracts won across the network, and expansion to new locations such as Rio de Janeiro and Amsterdam (ground handling) as well as the overall upturn in global cargo volumes.
"In the first six months of 2017-18, dnata continued to strengthen its international footprint with the acquisition of AirLogistix USA marking its entry into the US cargo market and expanded its marhaba lounge product to new markets in Australia and Pakistan.
"Additionally, a new maintenance base was opened in Singapore and a new cargo facility was opened in Adelaide."
Emirates Group revenue was $13.5bn for the first six months of its 2017-18 financial year, a rise of 6% on the same period last year.
Emirates operating costs grew by 4% against the overall capacity increase of 2%. On average, fuel costs were 14% higher compared to the same period last year, this was largely due to an increase in oil prices (up 11% compared to same period last year), as well as an increase in fuel uplift of 3% due to Emirates’ expanding fleet operations.
Fuel remained the largest component of the airline’s cost, accounting for 26% of operating costs compared with 24% in the first six months of last year.
Sheikh Ahmed bin Saeed Al Maktoum, chairman and chief executive, Emirates Airline and Group said: “Our margins continue to face strong downward pressure from increased competition, oil prices have risen, and we still face weak economic and uncertain political realities in many parts of the world. Yet, the Group has improved revenue and profit performance. This speaks to the resilience of our business model, and the agility of our people.
“The easing of the strong US dollar against other major currencies helped our profitability. We are also seeing the benefit from various initiatives across the company to enhance our capability and efficiency with new technologies and new ways of working.
"Moving forward, we will continue to keep a careful eye on costs while investing to grow our business and provide our customers with world-class products and services.”