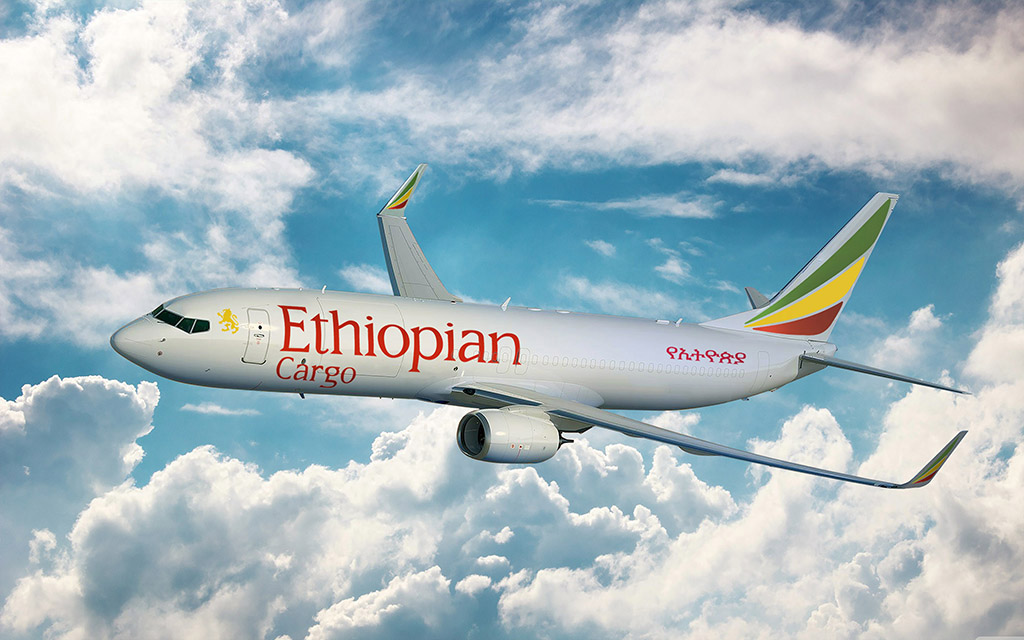 Ethiopian Cargo, Africa’s largest cargo operator, is to lease two converted Boeing 737-800 freighters from lessor GE Capital Aviation Services (GECAS).
The planes, expected to be delivered in June 2018 and January 2019, are the first pair of series type B737-800SFs converted from passenger jets by Aeronautical Engineers Inc. (AEI).
“We are excited to take delivery of these first-ever AEI-converted B737-800SFs,” explained Tewolde Gebremariam, Ethiopian Airlines Group chief executive, adding: “The aircraft will be a great complement to our existing fleet of Boeing 777 and Boeing 757 freighters.”
Gebremariam continued: “In line with our Vision 2025 Ethiopian Cargo and Logistics strategic roadmap, we are expanding our cargo fleet and network to support trade within Africa and with the rest of the world by facilitating the export of perishables and the import of high value goods into the continent.”
The AEI converted freighter accommodates eleven full height containers plus one AEP/AEH, a main deck payload of up to 52,000 lbs (23.5 tonnes) and has AEI’s hydraulically-operated cargo door.
In June 2017, GECAS announced that it is planning to convert a further 30 Boeing 737-800s into freighters.
All the feedstock aircraft will come from GECAS’ existing portfolio and converted when the aircraft end their current passenger leases from 2018 onward. GECAS currently owns approximately 220 passenger B737-800s that are distributed across 25 countries.
Richard Greener, GECAS senior vice president and manager cargo aircraft group, said: “We have been working with AEI on this programme since 2015 and look forward to delivering the first AEI converted B737-800SF to Ethiopian Airlines.
“The airline is joining a growing number of combination carriers planning to operate this aircraft either for replacement of aging freighters or for growth.”
Ethiopian Cargo and Logistics has the largest network cargo operator in Africa. With six B777 and two B757 freighters serving 39 cargo destinations in Africa, the Middle East, Asia the America’s and Europe.
Read more freighter conversion and MRO news
Read more freighter operator news