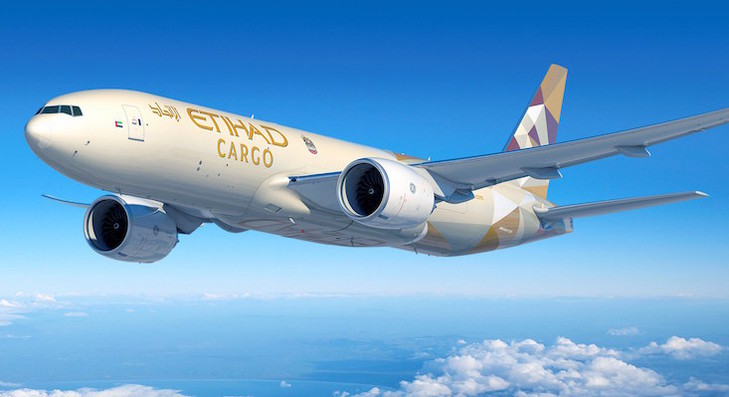 Abu Dhabi-based Etihad Airways has reported a loss of $1.28bn for 2018, an improvement on the $1.52bn loss it suffered the previous year.

Total revenue fell from $bn to $5.9bn year on year. However, the airline said it had succeeded in improving its core operating performance by 34% – despite challenging market conditions and rising fuel prices – since introducing its five-year transformation programme in 2017.

In particular, it said: “Etihad Cargo recorded a strong performance for [2018] largely due to a lower cost base, a programme of efficiency improvements including the consolidation of the freighter fleet around the Boeing 777F, and a refreshed network focusing on core trade lanes leveraging Abu Dhabi’s geographical position to maximise freighter to belly-hold flows.”

During 2018, Etihad’s freighter fleet welcomed one Boeing 777-200 Freighter aircraft. China, India, Vietnam and Spain were among the markets where the carrier increased cargo capacity.

In December, Abdulla Mohamed Shadid, managing director cargo and logistics at Etihad Aviation Group, described last year as “a very successful one for the air cargo industry as a whole, both for the carriers and forwarders, and a rewardingly transformational one for Etihad Cargo in particular”.

Etihad Cargo is planning to move its hub operations to a new state-of-the-art facility within the next five or six years, Shadid added.

UK-based digital freight forwarding and supply chain finance company, Beacon has secured $15m in its Series A fundraising round, from…

South American operator LATAM Airlines Group, along with some of its affiliates, is filing for US Chapter 11 creditor protection…

Lufthansa Group has secured approval from the federal German government’s economic stabilisation fund, WSF, for a €9bn financial package. Under…