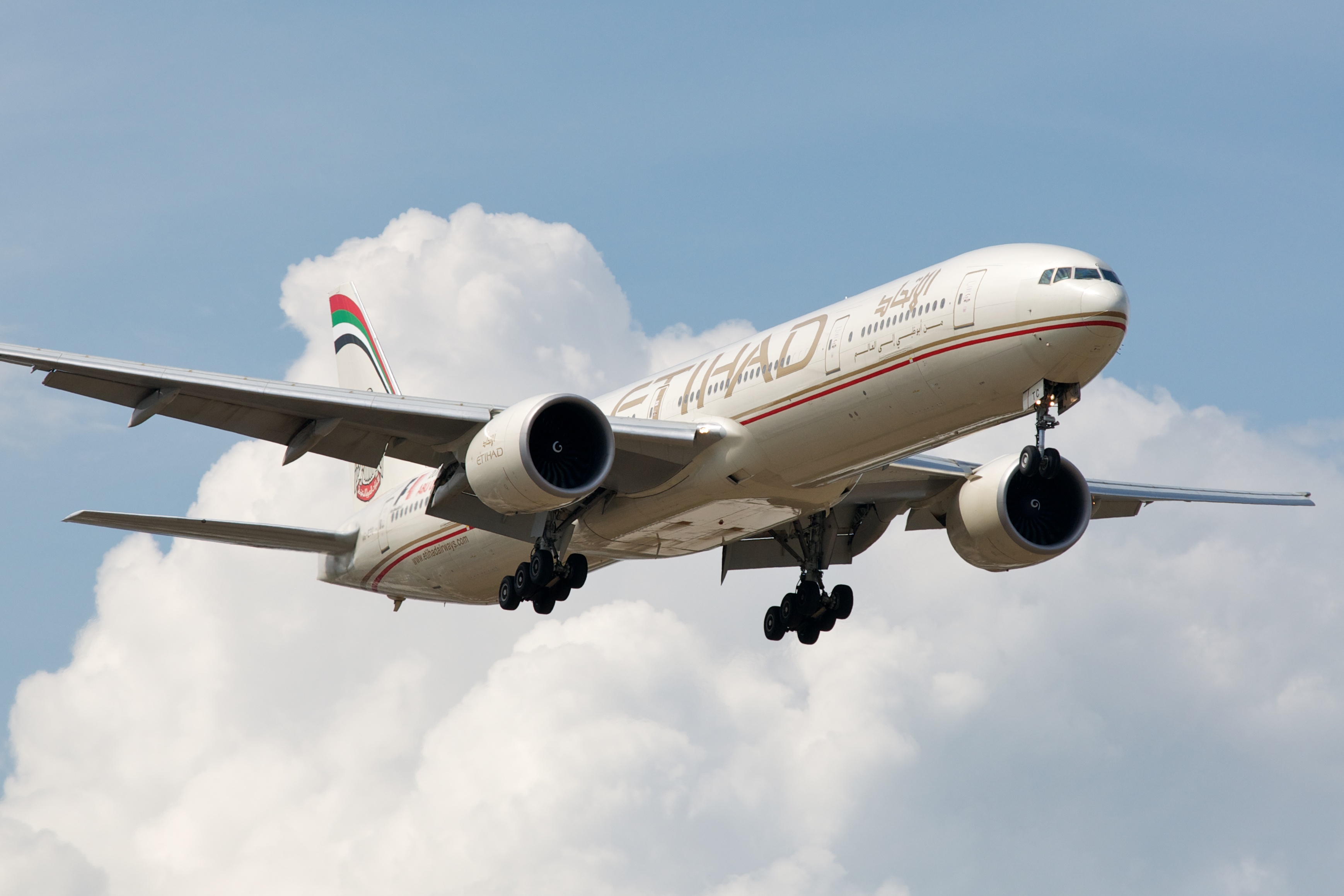 Etihad Airways reported a 17 per cent increase year-on-year in cargo for 2014 to 569,000 tonnes of flown freight and mail.
The Middle East airline accounted for 89.6 per cent of cargo imports, exports and transfers at Abu Dhabi airport last year.
The carrier stated: “Over the course of last year, Etihad Cargo enhanced its global reach by offering bellyhold capacity on Etihad Airways’ 10 new passenger destinations and expanding its freighter services to new markets such as Dar es Salaam, Entebbe, Hanoi and Moscow.
“A freighter service was also launched from Milan to Bogotá and from Bogotá to Amsterdam, following an agreement with Avianca Cargo, the cargo division of Latin American carrier Avianca.”
Etihad Airways’ passenger and cargo fleet consisted of 110 aircraft at the end of 2014 (+24 per cent year-on-year), with an average age of 5.5 years. The airline took delivery of its first Airbus A380 and Boeing 787-9 in December,.
An additional nine Airbus aircraft (two A330-200s, three A321s, three A320s and one A330-200F) and six Boeing aircraft (one 777-300ER, five 777-200LRs) were received in 2014, while further leased capacity was also added.
Almost 14.8m passengers flew with Etihad Airways last year, a significant increase of 23 per cent over 2013 levels. The growth in passenger demand continued to outstrip the airline’s capacity increase, highlighting the strength of its long-term growth strategy.
James Hogan, president and chief executive of Etihad Airways, said: “We enter 2015 as a stronger, more dynamic airline that will continue to enhance the growth of Abu Dhabi as one of the world’s emerging aviation hubs.”
Did you find this article of interest, if so why not register for a FREE digital subscription to Air Cargo News? – Find out more