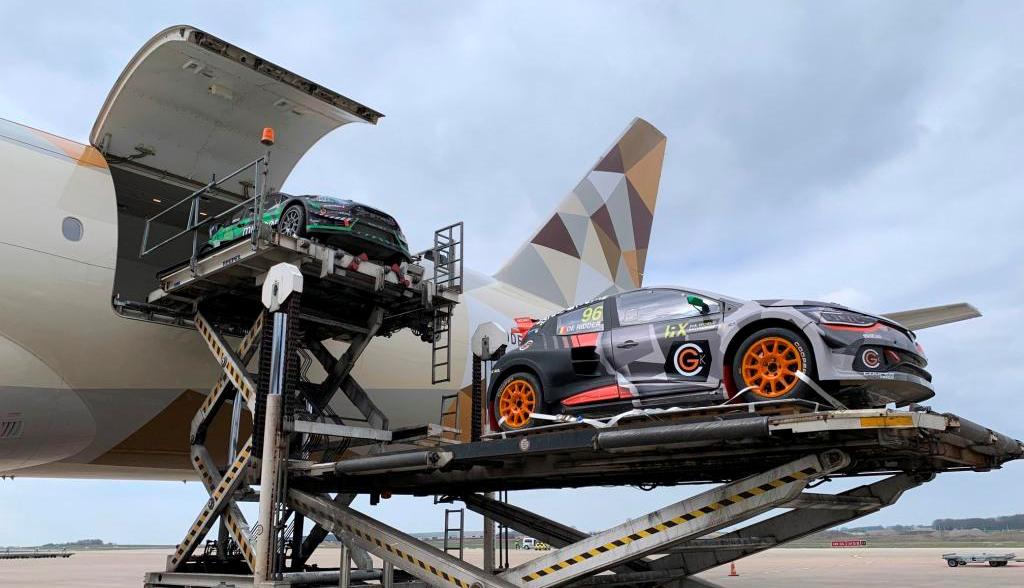 The airline utilised one of its Boeing 777F aircraft to fly the rally cars from Liege, where the cars had travelled to from all over Europe, to Abu Dhabi.

Bader Al Ali, Etihad Cargo business development manager, said: “We are immensely proud to be part of this event, which is coming to Abu Dhabi for the first time  ever thanks to our partners at Abu Dhabi Motorsports Management and Yas Marina Circuit.

“This is the perfect way to celebrate FlightValet, which we launched last year in response to growing demand as our experience and reputation for care, professionalism and ease of use has become more widely known.”

Etihad Cargo transports hundreds of vehicles around the world every year, with customers ranging from individuals who want to take their sportscar on holiday, to major global racing events such as today’s shipment to Yas Marina Circuit on Abu Dhabi’s Yas Island.