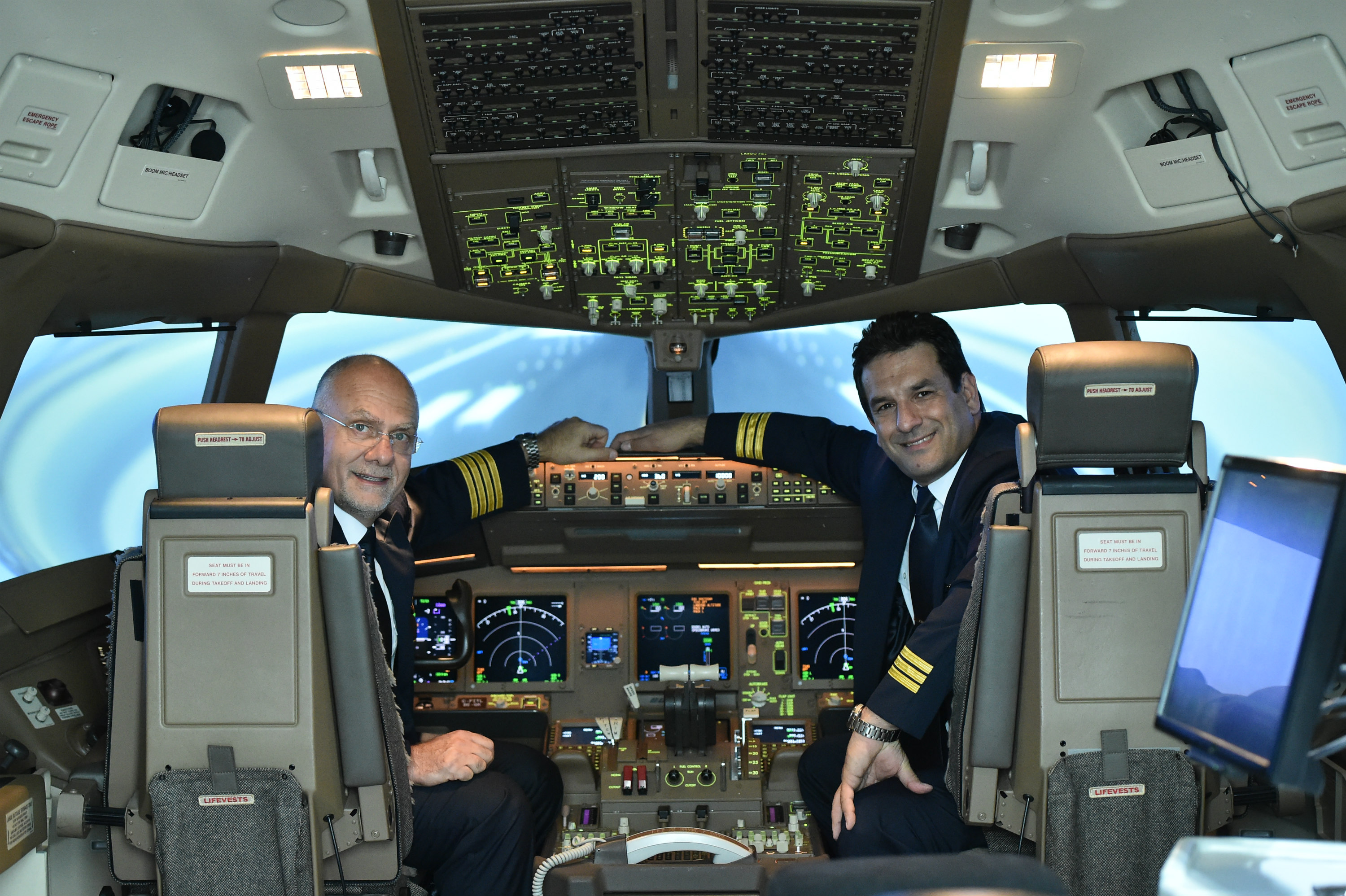 Etihad Airways is recruiting 40 fully-qualified pilots from Alitalia as part of a large-scale global campaign to hire between 500 to 600 captains and first officers over the next three years.
In August this year, the UAE national airline sealed a €560m deal to acquire a 49 per cent equity stake in the Italian flag carrier, pledging to bring it back to profitability by 2017.
The Abu Dhabi-based passenger and freighter aircraft operator said that its new Alitalia recruits are currently in the process of transferring to Etihad Airways under a three-year contract, with the option to become a permanent employee.
In total, 38 of the pilots are expected to commence work at Etihad Airways before the end of this year, while the remaining two will join the airline during the first two months of 2015.
Captain Francesco De Liddo and First Officer Paolo Sala (pictured) became the first two recruits from the group to be welcomed by Etihad Airways this week.
Both will attend a three-month training programme to change their pilot licence from A330 and A320 to B777 aircraft.